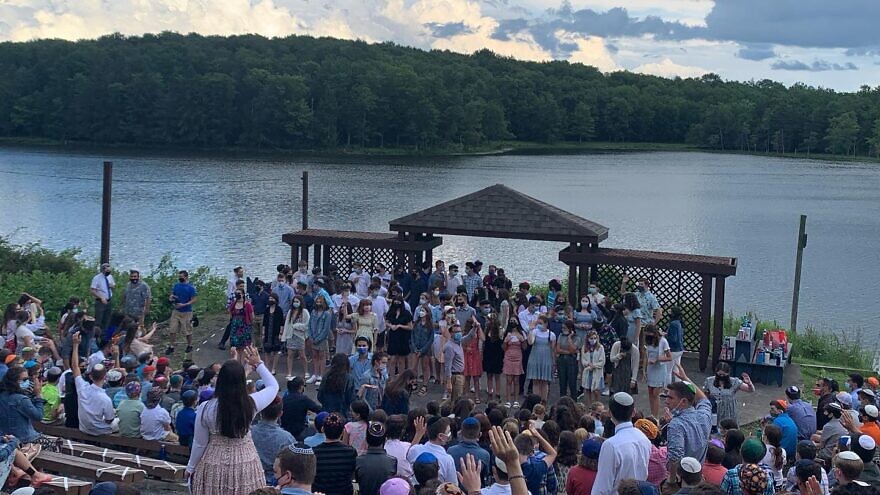 (July 8, 2021 / JNS) The countdown started weeks ago, and it’s finally time—time for many to return to sleepaway camp after a year of lockdowns, Zoom school, and separation from friends and family amid a worldwide pandemic.

“I’m so happy! It’ll be so nice to see everyone,” said 14-year-old Eliana Menasha, who calls herself a “full-on camper” and noted that “last year was kind of hard.”

While camps in parts of the South and the Midwest have been operating for several weeks now, most Jewish camps in the Northeast and West Coast welcomed campers the week before the Fourth of July and this week. While many things have remained the same—there will be swimming, boating, camp fires and songs, hikes and sports, arts-and-crafts and canteen—some will require adjustments. For instance, many camps will have no field trips, no Visiting Day, and, in some instances, no second sessions or tryout-camps for younger campers. Others will be providing onsite COVID testing on arrival and during the summer.

The goal, emphasize directors, is to ensure that staff and campers have a safe, entertaining and educational summer without any potential coronavirus outbreaks.

“Everyone needs camp this summer, and we are going to deliver it,” declared Rabbi Joel Seltzer, executive director of Camp Ramah in the Pocono Mountains in Pennsylvania. “Parents are excited for their kids to have a safe, social summer.”

“This summer, our campers will be doing almost all their activities as cabin groups,” said Jonathan I. Cohen, president of the Cohen Camps; Camp Tevya, Camp Tel Noar and Camp Pembroke in New England. “We’ve added lots of open-sided tents for shade and some fun gathering spots, like a ‘hammock village’ and fire pits with seating.” 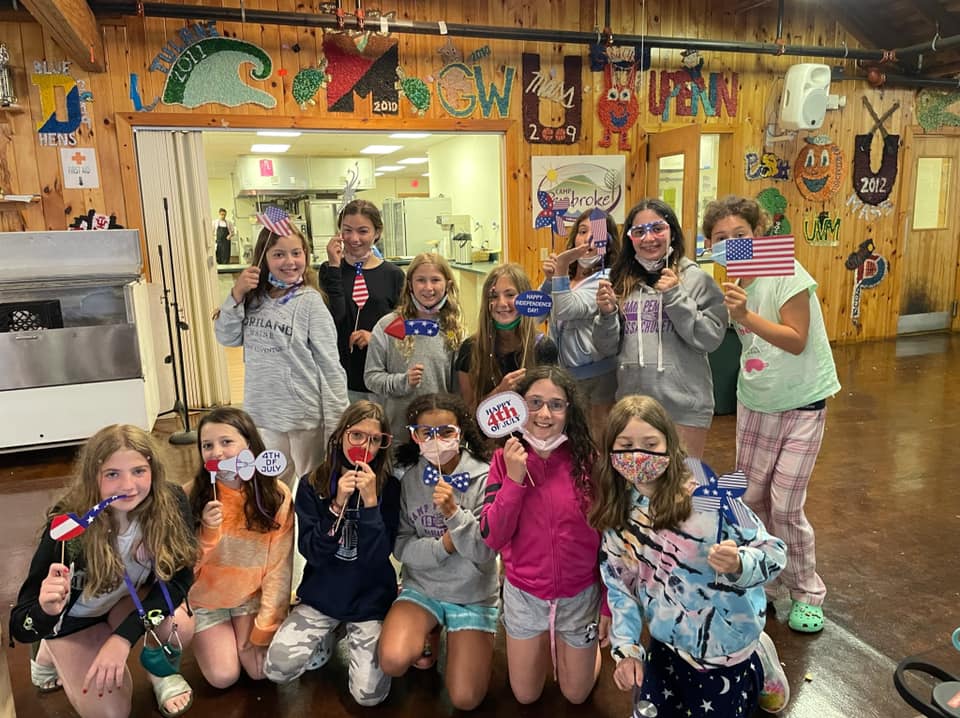 Planning this year’s programs was challenging because no one knew exactly what the summer would look like, how many campers would be allowed or what restrictions would be in place before the start of summer. Guidance from the Centers for Disease Control and Prevention changed frequently, especially in the final run-up to opening day.

“You have to remember that preparing for camp this summer has not been easy given the constantly changing environment state by state and province by province,” said Jeremy Fingerman, CEO of the Foundation for Jewish Camp. “Camp professionals have had such a roller-coaster preparing for a range of options. They went into this season assuming they would have to restrict occupancy in the bunks or dining hall.”

Still, he said, “we are forecasting 75 percent” occupancy, and some camps “have more campers enrolled this year than in 2019.”

For many Jewish camps, the ability to provide services this summer and to accommodate the real need for kids to be outdoors and among friends is being helped by Capacity Expansion Grants provided by the Foundation for Jewish Camp.

The matching grants provided camps with anywhere from $50,000 to $100,000 to rent temporary structures and additional properties, purchase necessary equipment (excluding PPE equipment), and/or build needed infrastructure. A total for $3.8 million was raised for the capacity expansion grant. 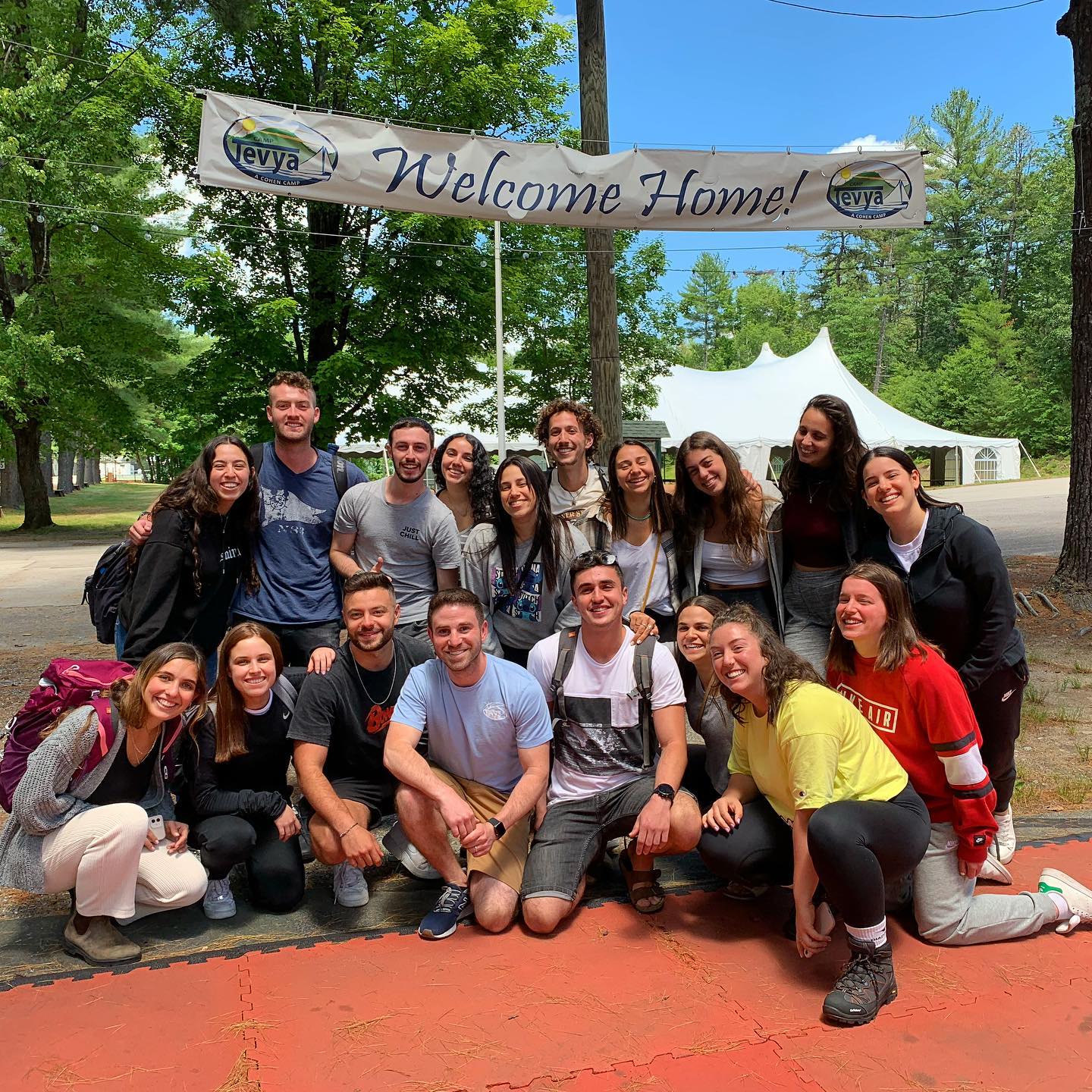 (Camp directors across the board noted that grants and funding aid from FJC and from JCamp180, a project of the Harold Grinspoon Foundation, were critical in helping them get through the pandemic and camp closures last year.)

“Enrollment is looking great, and a lot of that is because of improvements we are making, including through the FJC, which allowed us to increase ventilation in bunks and maximize space to get as many kids into camp for a safe summer as possible,” said Seltzer.

The Cohen Camps also upgraded ventilation in their cabins and added touchless water-bottle filling stations among other measures.

“Most of our bunks are nearly or completely full,” said Cohen. Noting that that CDC and state guidelines are impacting the number of campers they can have, he said, “spots are in high demand because we have to limit some numbers.

But, Cohen added, “many first-time campers are coming, which is very exciting.”

‘Rebuilding that sense of community and spirit’

At Capital Camps and Retreat Center in Pennsylvania, interim CEO Havi Goldscher says that COVID has impacted their capacity. “We are at full capacity for some age groups, but have a little wiggle room in others. Space for our youngest campers is bursting at the seams.”

She notes that the camp used the capacity expansion grant to build yurts on a more remote camping area, and that’s where the oldest campers—teens going into 11th and 12th grade—will be staying this summer. Having the older campers on their own site opened more space in the traditional bunks, making it possible for an increased number of younger kids to attend.

“The energy and anticipation for this summer is just so strong,” said Goldscher. “It’s palatable and amazing, and I just can’t wait.” 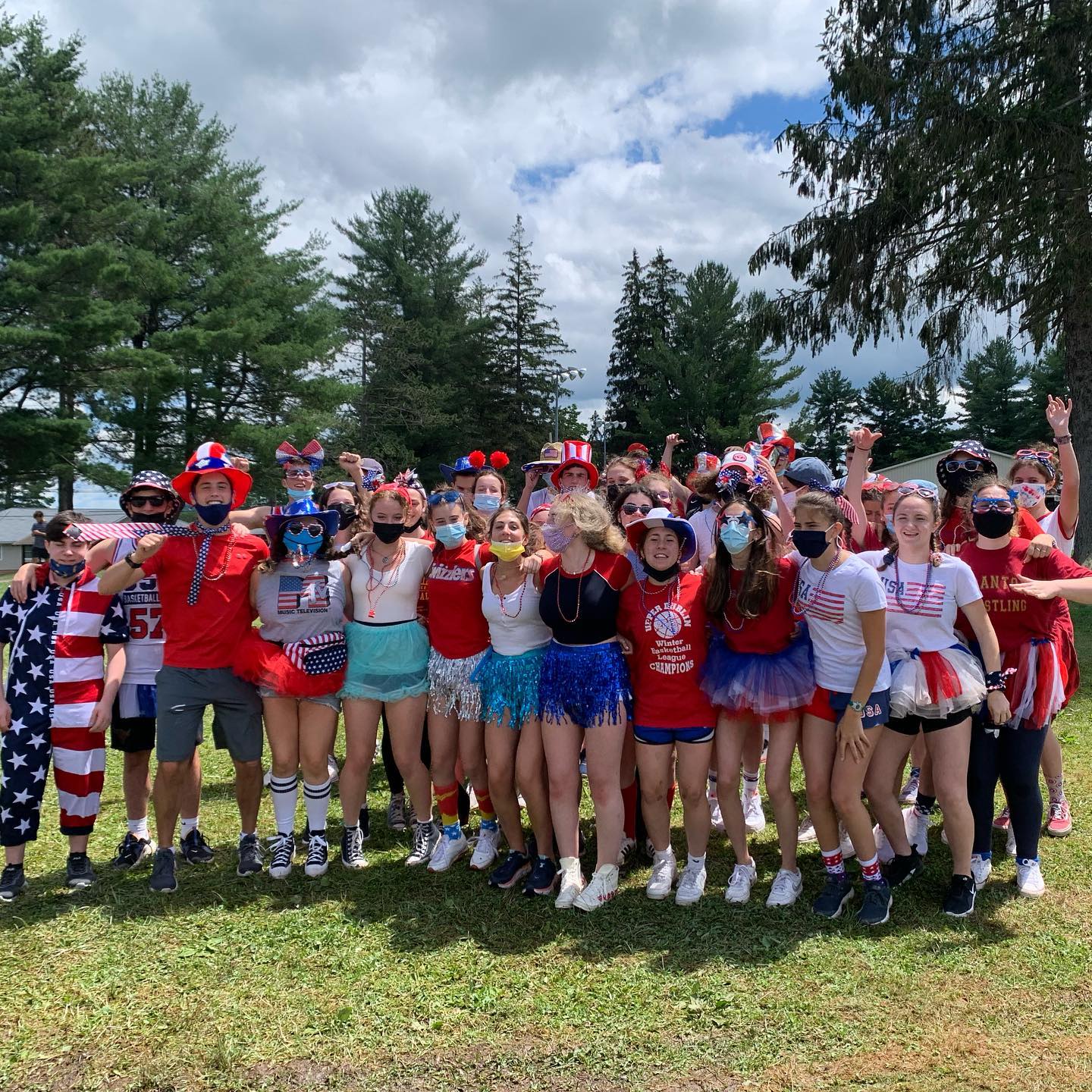 Campers celebrating the Fourth of July at Camp Ramah in the Poconos. Source: Camp Ramah/Facebook.

While the interest in going to camp is definitely there, what remains unknown is how kids will handle being away from home, being back among those they haven’t seen in two years or in some cases have never met, and dealing with the fallout of a year spent in lockdown, mask-wearing and isolation. After all, many children have been home for months on end, so to suddenly surround themselves with others may seem jarring at first.

To that end, many camps have made increasing investments in training staff on issues surrounding mental health and well-being.

“The pandemic has taken its toll on the mental health and wellness of all of us—from full-time camp staffers to the college counselors, and the campers and their parents,” said Fingerman. “It’s very clear that camps have been seeking ways to address that within each different constituency.”

While he believes that the positive energy at camp will help everyone heal, he said people have to keep in mind that things are going to be a little different. “The main thing is getting back and rebuilding that sense of community and that sense of spirit.”

Cohen added that “campers should get to be kids again: to grow, make friends, build confidence, try new adventures, share in Jewish life and make all those memories that will last a lifetime. We can’t wait!”