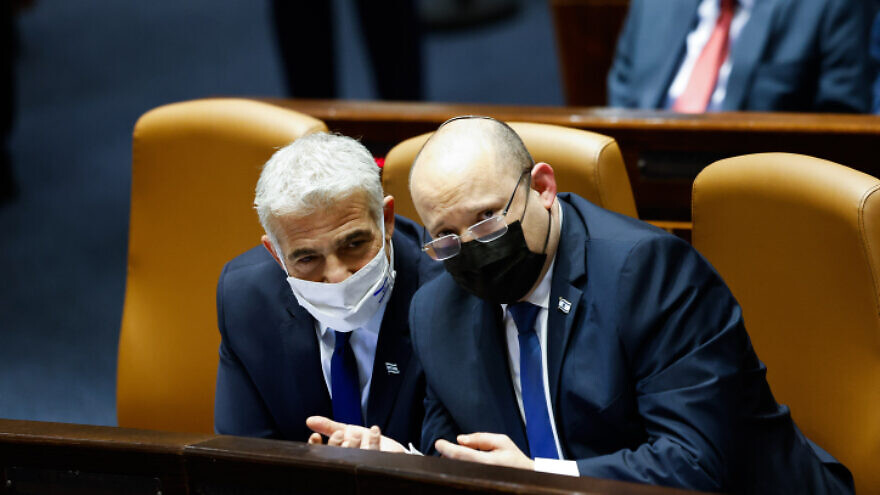 (March 18, 2022 / JNS) Israeli Prime Minister Naftali Bennett and Foreign Minister Yair Lapid said that they “refuse to believe” that the United States would remove Iran’s Islamic Revolutionary Guard Corps (IRGC) designation as a terrorist organization after reports to that effect were published this week.

“The [IRGC] are Hezbollah in Lebanon, they are Islamic Jihad in Gaza, they are the Houthis in Yemen, they are the militias in Iraq,” the Israeli officials said in a statement. “The IRGC are responsible for attacks on American civilians and American forces throughout the Middle East, including in the past year. The IRGC were behind plans to assassinate senior American government officials.”

The Israeli leaders said that delisting the IRGC would be “an insult” to the people who had been murdered by the organization and would “ignore” document evidence.

The lengthy remarks were released on Friday morning after a Wednesday report by Axios citing three Israeli officials and American sources who said that the Biden administration was considering the move “in return for a public commitment from Iran to de-escalation in the region.”

Several other news outlets confirmed the report but quoted U.S. State Department officials as stressing in anonymous interviews that no decision has yet been made.

Axios said Iran’s demand to reverse the IGRC designation is part of the hold up to restoring the 2015 Iran nuclear deal.

The National Council of Resistance of Iran (NCRI) said in a report that such a move would “heighten terrorism and mayhem in the region.”

“The IRGC has represented nothing more than a destabilizing presence in the Middle East,” he said. “News that the Biden administration is considering removing the IRGC from the Foreign Terrorist Organizations list is unsettling. We must remain vigilant in protecting our nation and allies, like Israel, from growing and potential threats; this certainly will not be accomplished by stripping the IRGC of this designation and could impact the ability of our government to stop bad actors.”

Former President Donald Trump labeled the IRGC a terrorist organization in 2019, making it the first time a state entity was added to the American list.