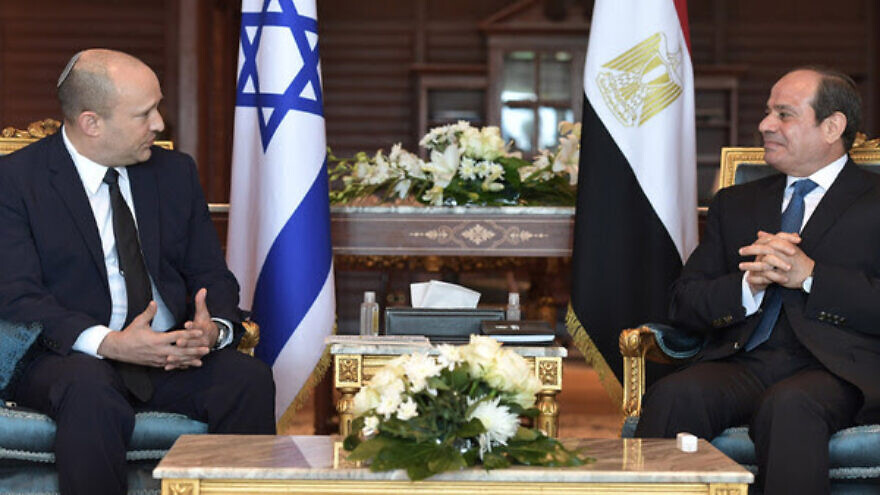 According to a statement released by the Prime Minister’s Office, the two leaders discussed a series of topics, including “ways to deepen and strengthen cooperation between the states, with an emphasis on broadening mutual trade, and a long series of regional and international issues.”

The PMO said in its statement that four decades of peace between the countries continue “to serve as a foundation stone for security and stability in the Middle East. The prime minister stressed the significant role that Egypt is playing in safeguarding security stability in the Gaza Strip and in finding a solution to the issue of [Israeli] captives and MIAs.”

Bennett thanked El-Sisi for a warm reception at the coastal Egyptian city on the Sinai Peninsula, where the two agreed to continue broadening cooperation and dialogue on a range of issues.

Before boarding an aircraft to return to Israel, Bennett said “the meeting was very important and very good. During the meeting, first and foremost, we create an infrastructure for deep continued connections.”

He added that Israel is “opening to the countries of the region, and the basis for this recognition over the many years is the peace between Israel and Egypt. Hence, both sides must invest in strengthening these ties, and this is what we did today.”