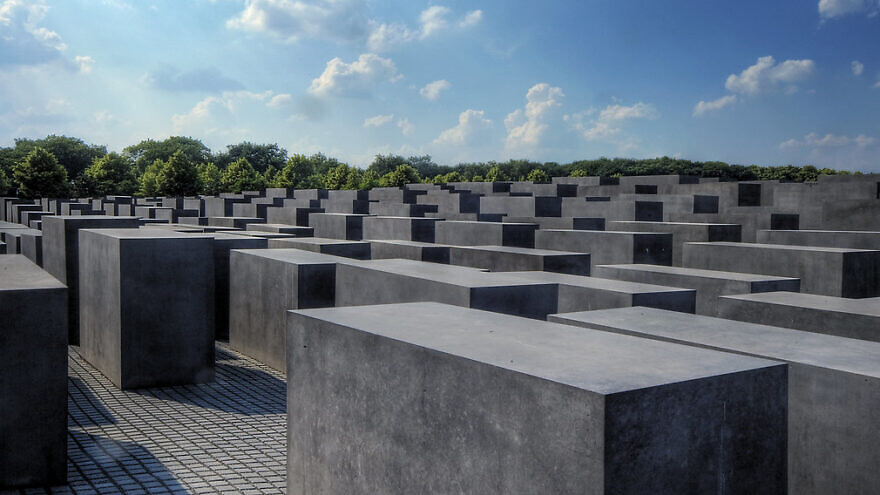 (November 3, 2021 / JNS) The chief of police in Berlin criticized the actions of several officers who were photographed doing push-ups on the German capital’s Holocaust memorial.

The Memorial to the Murdered Jews of Europe in central Berlin, near the Brandenburg Gate, opened in 2005 and is comprised of 2,711 gray concrete slabs of different heights located above an underground information center.

Pictures recently published by the German newspaper Berliner Zeitung showed police officers leaning on one of the slabs at the memorial and practicing push-ups. The pictures were reportedly stills from a video taken by the officers in May when they were stationed in the area.

“The colleagues’ behavior disrespects what this memorial stands for and also offends the memory of those who were murdered,” Berlin police chief Barbara Slowik said in a statement on Monday. She added that her department will do an internal investigation into the incident.

The GdP, Germany’s police union, also condemned the incident, calling it “tasteless” and saying there should be “consequences” for the officers involved.

The police union said: “The Holocaust memorial is not an adventure playground. This inexplicable action mocks the genocide of millions of people and tramples on the values that our Berlin police.”