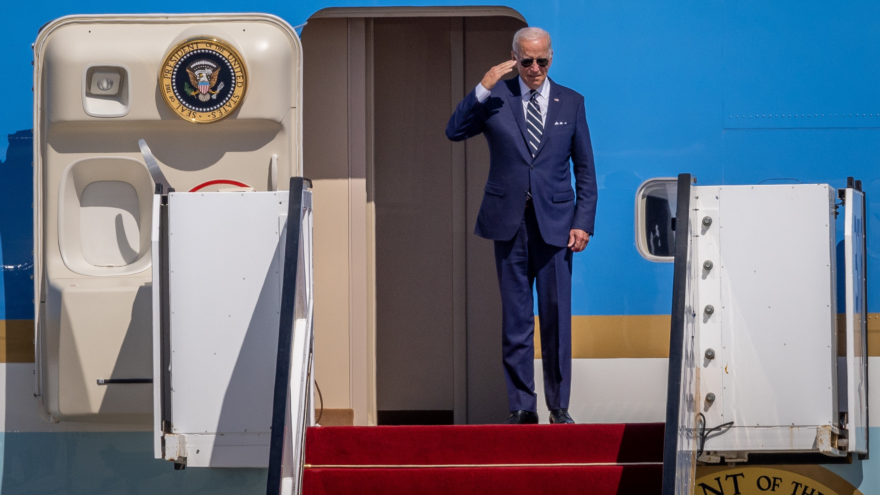 “I look forward to working with Prime Minister Netanyahu, who has been my friend for decades, to jointly address the many challenges and opportunities facing Israel and the Middle East region, including threats from Iran,” Biden said in a statement released by the White House.

“The United States is working to promote a region that’s increasingly integrated, prosperous and secure, with benefits for all of its people. From the start of my administration, we have worked with partners to promote this more hopeful vision of a region at peace, including between Israelis and Palestinians,” the statement continued, adding that Washington would “continue to support the two-state solution and to oppose policies that endanger its viability or contradict our mutual interests and values.”

Israel’s thirty-seventh government was inaugurated earlier in the day, the culmination of a weeks-long political process following the victory of Netanyahu’s right-religious bloc in the Nov. 1 national election.

Netanyahu, Israel’s longest-ever serving leader, takes the reins for his sixth term in the Prime Minister’s Office, to which he returns following a year-and-a-half hiatus.

Biden’s statement echoed recent comments by U.S. Secretary of State Antony Blinken that policies, and not the people implementing them, will define the relationship between Washington and Jerusalem’s new government.

During his keynote address in early December to the J Street National Conference, Blinken said, “We will gauge the government by the policies and procedures, rather than individual personalities.”

While the United States would adhere to the standards of the U.S.-Israel relationship established in recent decades, he added, “We will speak honestly and respectfully with our Israeli friends, as partners always should.”

According to a statement from Gantz’s office, he emphasized “the important ties” with the P.A. and said “it is critical to maintain an open channel of communication and [security] coordination.”

Gantz also told Abbas that the Palestinians’ ongoing effort to delegitimize Israel in international fora would “harm the Palestinian people and further alienate any political process.”

The call came after Abbas’s spokesman Nabil Abu Rudeineh said the incoming Israeli government’s policy agenda constituted a “dangerous escalation.” He issued a veiled warning that there would be ongoing violence unless a Palestinian state was created, according to the official Palestinian Wafa news agency.

Abu Rudeineh called on the Biden administration “to turn its words into deeds since it is committed to the two-state solution, without which there will be no stability in the region.”