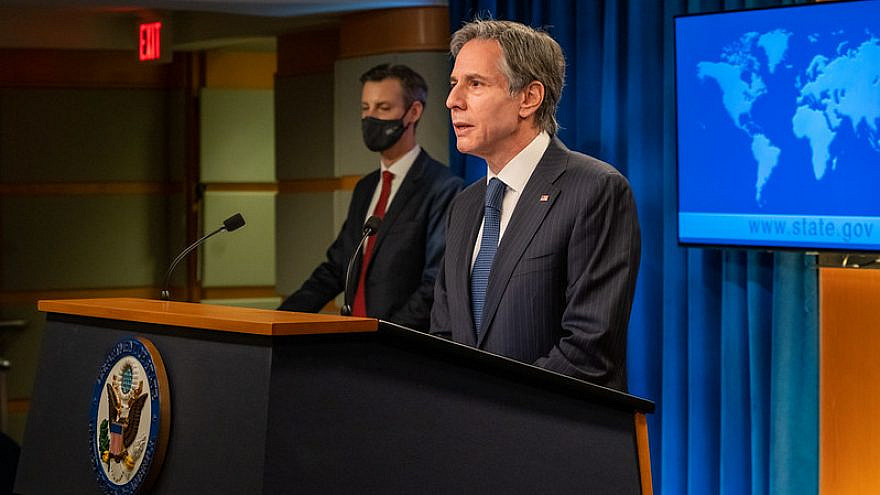 (June 8, 2021 / JNS) U.S. Secretary of State Antony Blinken said on Monday that if Iran continues violating the 2015 nuclear deal, it would soon have enough nuclear material for a nuclear weapon.

“What we do know, unfortunately, is that meanwhile, [Iran’s nuclear] program is galloping forward,” he said. “It has lifted restraints imposed on it by the agreement, including the amount of enriched material that it has; material that’s now, in some cases, enriched up to 20 percent and even a small amount to 60 percent. It has started to deploy some more advanced centrifuges.”

He added that  “the longer this goes on, the more their breakout time gets down … it’s now down—by published reports—to a few months at best. And if this continues, it will get down to a matter of weeks, exactly what we sought to avoid and what the agreement stopped.”

Blinken also raised doubts about whether or not Iran will comply with its 2015 commitments.

“It remains unclear whether Iran is willing and prepared to do what it needs to do come back into compliance,” he said.

According to reports, a new round of talks may start on Thursday. The United States and Iran have been holding indirect talks in Vienna since April to try to revive the deal that America withdrew from in 2018.