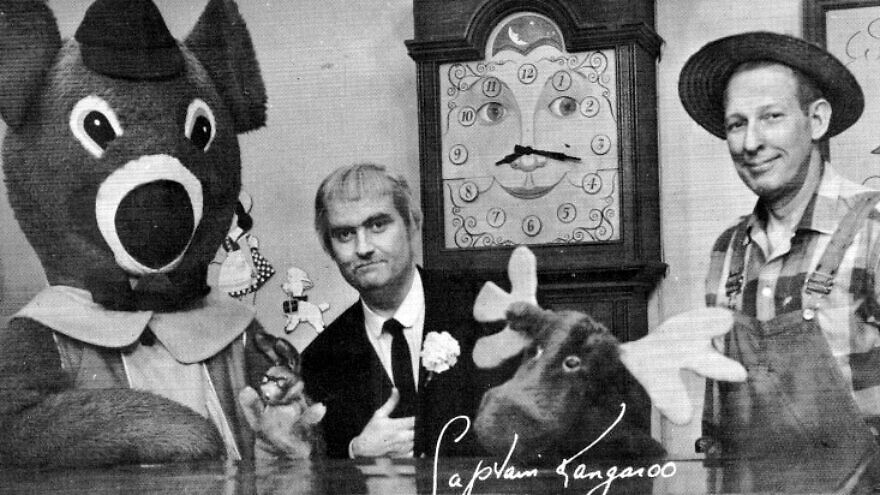 (November 23, 2022 / JNS) Allen Klein will never forget Thanksgiving 2013. For many years, the scene designer had to work on Thanksgiving as a production team member for the children’s television program “Captain Kangaroo.” But in 2013, he had the opportunity to march in Macy’s Thanksgiving Day Parade in New York City.

“Marching in the parade was one of the highlights of my life,” he recounts.

Klein started his professional career designing sets for “Captain Kangaroo,” Merv Griffin and Jackie Gleason. He then learned silk screening and started a silk screening company. Klein, an author of 30 books and an award-winning speaker, refers to himself as a “jollytologist” and humor educator, teaching readers and audiences to deal with everyday trials and tribulations as well as triumph over tragedy.

In both his books and presentations, Klein uses examples from Jewish folklore and comedians, all showing how Jews have used humor to deal with adversity. He is quick to point out, “I’m bar mitzvahed, and I once swam in [actress] Molly Picon’s pool!”

Klein regularly incorporates one of his favorite Talmudic quotes into his writing: “When a child is born, all rejoice; when someone dies, all weep. But it makes just as much sense, if not more, to rejoice at the end of a life as at the beginning. For no one can tell what events await a newborn child, but when a mortal dies he has successfully completed a journey.”

He knows a thing or two about dealing with misfortune. Klein, 84, tells JNS, “This unusual career began shortly after my wife died as a result of a rare liver disease at age 34. They had no liver transplants back then.”

Klein notes that her good sense of humor had a positive effect on their young daughter. He adds, “I started to explore the value of humor because of the important role it played before, during and after her death. Look what came out of it! My wife’s death impacted me and through me, so many around the world.”

He has presented humor programs for organizations such as hospice and hospital associations as well as banking, financial and food industry organizations in 48 U.S. states, Australia and Israel. Klein is proud of his connection to Israel; his in-laws lived there and he has visited the Jewish state himself four times. He especially enjoyed presenting at the International Society for Humor Studies in Tel Aviv in 1984—despite difficulties both entering and departing Israel.

“Three times I had trouble getting in,” he says. “They questioned me and once took me to an office to interrogate me further. Then, I thought I’d miss my return flight because several people kept questioning me. After going through this for the third time, I asked why this was happening. They said they were looking for someone with a very similar name to mine.”

In further describing his travels to Israel, Klein reports, “The Old City in Jerusalem. It didn’t seem real. I felt like I was in some Hollywood movie set….The food, oh yes, the food…the Syrian takeout in Jaffa. The falafel stands with a wall of condiments to add to the pita bread.”

Klein’s diverse audiences around the world appreciate his inspiring talks. An audience member at a Florida hospice symposium says, “It was fantastic to watch 400 people who work with dying patients on a daily basis leave their stresses under their chairs and walk out with smiles on their faces.” The president of the Maryland School Food Service Association notes, “It was evident that the whole assembly was enjoying your presentation by the frequent and sometimes continuous roars of laughter.”

Klein has received numerous awards for his work, including the Association for Applied and Therapeutic Humor’s highest honor, the Doug Fletcher Lifetime Achievement Award.

Klein’s 2016 TEDx talk, “Our Thoughts & Intentions Create Our Reality,” has been viewed by 130,000 people. He recently submitted a book proposal based on that talk. His other books include “The Healing Power of Humor,” “The Courage to Laugh,” “Up Words for Down Days,” and the “Change Your Life” quote book.” Klein’s most recent tome, “The Awe Factor,” was published in December 2020.

He says he writes one story a week “about some incredible thing in my life.” He currently has a folder with 40 or 50 stories, including one about the time he shared a restroom with Robert Redford. He hopes to share these stories in a future book. 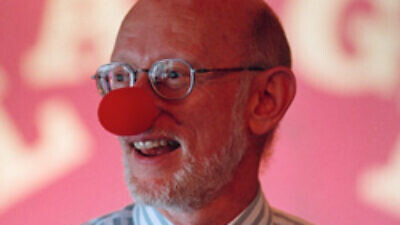 Summarizing the take-home message he has strived to convey in all of his books, Klein says, “Bottom line—lighten up folks! Or you won’t enjoy life.” He shares that his father “was so negative” while his mother “was so playful.” He also tells his audiences that he and his wife used to laugh a lot.

As Klein considers the jobs he has held in his career, he feels that his 10 years working for the iconic kids’ show were especially impactful. “Looking back, my work at ‘Captain Kangaroo’ helped change my mindset. I learned to see the world in a more playful way—through the eyes of a child.”

“Captain Kangaroo” ran from 1955 to 1984. It involved puppets including non-speaking Bunny Rabbit and Mr. Moose, who played tricks on the Captain. “I was the designer who created the stuff that Bunny Rabbit invented,” Klein says proudly.

In the 1960s, American children spent Thanksgiving morning watching that year’s “Captain Kangaroo” Thanksgiving episode, which came on before the parade lined up. The episodes kept Klein in the studio every Thanksgiving for 10 years. “Each Thanksgiving, I had to design a set and be in the studio at 6 a.m.,” he recalls.

As Thanksgiving 2022 approaches, Klein still smiles when he thinks back to that Thanksgiving Day nine years ago when he got his chance to march in the parade. “I was instructed to shake hands along the route. I was like a star. I was floating!”