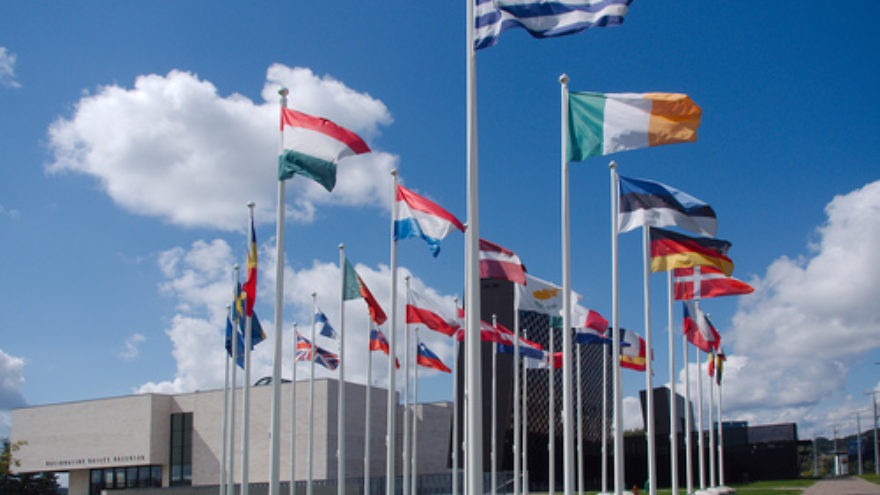 (December 12, 2022 / JNS) The Conference of European Rabbis and the Jewish community of Lithuania signed an agreement stipulating that the Orthodox rabbinical alliance will be consulted regarding all communal and religious matters in the country.

“The Conference of European Rabbis (CER) will go to great lengths to guide and assist the Lithuanian Jewish Community in providing religious services and in maintaining its important religious and historic landmarks,” Chief Rabbi Pinchas Goldschmidt, president of the CER, said in a statement.

“I look forward to working together to protect the country’s Jewish past and in building this Jewish community for the future, ensuring that it can thrive,” Goldschmidt added.

The CER is the primary rabbinical alliance in Europe, uniting over 700 Jewish religious leaders of the mainstream synagogue communities across the continent. It was founded in 1956 by British Chief Rabbi Sir Israel Brodie in order to revive the vanquished Jewish communities on the European mainland, and is designed to maintain the religious rights of the continent’s Jews.

Representatives of Lithuania’s Jewish community, led by Chairwoman Faina Kukliansky, reached out to Goldschmidt expressing a desire to ensure that the community’s religious sites such as synagogues, mikvaot (ritual baths) and cemeteries are protected.

In an official letter on Dec. 5, Kukliansky wrote to the chief rabbi granting a key “role in decision-making on these matters to a rabbinic representative of the Conference of European Rabbis, under your leadership.”