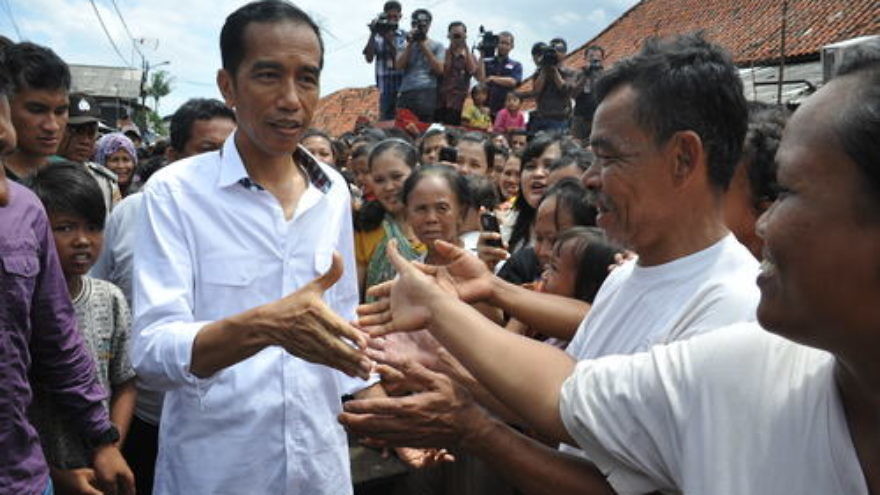 (April 1, 2016 / JNS) At a time when Israel is seeking to boost its ties with Arab and Muslim countries in order to counter the threats posed by Iran and terrorist groups, could the world’s largest Muslim country become the Jewish state’s new friend?

In a March 28 meeting with a delegation of senior Indonesian journalists visiting Israel as guests of the Israeli Foreign Ministry, Prime Minister Benjamin Netanyahu called for a normalization of ties with Indonesia.

“The time has come for official relations between Indonesia and Israel. We have many opportunities to cooperate in the fields of water and technology. Israel has excellent relations with several countries in Asia, particularly China, Japan, India, and Vietnam,” Netanyahu said.

The prime minister added that Israel’s “relations with the Arab world are also changing.”

“Indeed, we are allies in the fight against radical Islam,” he said. “Relations between Israel and Indonesia must also change. I have more than a few Indonesian friends on Facebook. The time has come to change our relations. The reasons that prevented this are no longer relevant and I hope that your visit will help with this.”

Indonesia, however, pushed back against Netanyahu’s call for diplomatic relations, with Foreign Ministry spokesman Arrmanatha Nasir saying the country regrets “that such activities are politicized by Israel.”

“We want to assert that Indonesia’s support and efforts to push for the independence of Palestine will not change,” said Nasir, The Jakarta Post reported on March 31.

Whether or not Indonesian-Israeli relations are imminent, Shira Loewenberg—director of the Asian Pacific Institute for the American Jewish Committee (AJC)—said she views Indonesia “as being of critical importance to Israel, both symbolically and in actuality.”

“As the world’s largest Muslim-majority country, Indonesia’s recognition of the Jewish state would have tremendous symbolic value for both countries as well as for democracies around the world. It would have great meaning for Muslim nations and populations around the world as well, which is perhaps why diplomatic recognition has not already taken place,” Loewenberg told JNS.org.

A former Dutch colony, Indonesia is a volcanic archipelago of more than 14,000 islands in southeast Asia that is home to roughly 255 million people, the world’s fourth-largest population. More than 87 percent of Indonesians practice Islam.

“Indonesia does offer an important opportunity, as part of the general trend in Israel, of opening up to Asia,” Natan Sachs, a fellow in the Center for Middle East Policy at the Brookings Institution think tank, told JNS.org.

“President Wahid visited Israel several times.…He called for Indonesia to establish relations with Israel and also convened a conference in Bali on the Holocaust,” she said.

While Israel has formal diplomatic relations with some Muslim-majority countries, like neighbors Jordan and Egypt, such cooperation is mostly limited to the nations’ governments and militaries due to lingering anti-Israel sentiments within the countries’ actual populations. Israel has also sought informal or even secretive ties with some traditional foes like Saudi Arabia and the United Arab Emirates, in addition to trying to repair ties with Turkey. Muslim-majority Azerbaijan, meanwhile, has already become a diplomatic and economic ally for Israel.

In March, Israel prevented Indonesian Foreign Minister Retno Marsudi from entering Ramallah to meet with the Palestinian Authority because Marsudi intended to skip a state visit to Jerusalem. But during a Knesset debate on the issue, Israeli Deputy Foreign Minister Tzipi Hotovely revealed that Israel has had “continuous contact” with Indonesia, including an unofficial visit to Indonesia by Israeli Foreign Ministry Deputy Director-General in the Asia-Pacific Division Mark Sofer. During that trip, Israel and Indonesia had secretly agreed that Marsudi would visit Jerusalem, but Masrudi later backtracked on that deal.

In the business world, cooperation between Israelis and Indonesians is a poorly kept secret. At a foreign trade conference in Israel in January, an Indonesian investor who did not want his name used in the press confirmed those ties in a speech to more than 600 people.

“There’s already a great deal of business going on between Indonesia and Israel. Indonesia is a quickly growing country with a lot of needs in areas where Israeli tech has made important breakthroughs, like agricultural technology,” the investor said in Tel Aviv.

Unlike some of its neighbors in southeast Asia, Israeli allies Thailand and Singapore, Indonesia is not home to an official Israeli trade mission. As such, most Israeli-Indonesian administrative or economic matters are handled through Israel’s mission in Singapore. These unofficial ties have allowed for nascent trade between Israel and Indonesia. In 2015, Indonesia exported more than $100 million to Israel and imported $80 million, according to The Jakarta Post. But that pales in comparison to the $1.96 billion in trade between Singapore and Israel in 2014 or the $1.4 billion in trade between Israel and Thailand that year.

“As the world powers pivot to Asia, Israel, of course, is pivoting to Asia too,” AJC’s Loewenberg told JNS.org. “Asia represents more than 60 percent of the world’s population, and the current trajectory and future economic growth of the region point to Asian dominance. With economic power comes political power, already visible in Chinese and Indian aspirations and actions. Cultivating productive, warm ties to Asia is critical for Israel and friends of Israel and the global Jewish community.”

Despite being a Muslim-majority country, Indonesia differs culturally and politically from its Muslim brethren in the Middle East, which also lends itself to viewing Israel differently.

“The Indonesians don’t quite share the same characteristics of some of the Sunni [Muslim] Arab states. Indonesians are more pluralistic and view themselves that way,” said the Brookings Institution’s Sachs.

Yet according to a 2014 BBC poll, roughly 75 percent of Indonesians had a negative view of Israel.

“In Indonesia, a lot of the [population’s] support for the Palestinians comes not because they are Muslim, but because Indonesia has a very long-held anti-colonial attitude….In that sense, many Indonesians see the Palestinians as the underdog and suffering from colonialism, so they identify with them in that regard,” Sachs said.

“We will not forge diplomatic ties with a country that colonizes another country. That is the mandate of our constitution,” said Tantowi Yahya, a lawmaker from the Indonesian House of Representatives commission that oversees foreign and security affairs, The Jakarta Post reported.

The Indonesians “are far from the [Israeli-Palestinian] conflict geographically and are not major players,” Sachs told JNS.org, explaining that the conflict “is an important point for them, but not central part of their foreign policy. It is more symbolic.”

Yet at an early-March conference of the Organization of Islamic Cooperation (OIC) that was held in Indonesia’s capital, Jakarta, Indonesian President Joko Widodo slammed what he called Israel’s “unilateral and illegal policies” towards the Palestinians, the Associated Press reported. Palestinian Authority President Mahmoud Abbas, who attended the OIC conference, took the opportunity to claim that Israel is attempting to “Judaize” the Temple Mount in Jerusalem. (Israel enforces a ban on Jewish prayer at that holy site.) Abbas also invited Widodo to Ramallah, where Indonesia eventually opened an honorary Palestinian consulate. When Israel blocked the Indonesian foreign minister’s visit to Ramallah, a ceremony to mark the consulate’s opening was relocated to Jordan.

Sachs argued that despite the signs of burgeoning trade between the Jewish state and the world’s largest Muslim country, formal relations between Israel and Indonesia are unlikely to emerge in the near future as long as the Israeli-Palestinian peace process stalls.

“All of this is basically predicated on [Indonesian] solidarity with the Palestinians,” he said. “As long as there isn’t any major movement on that front, I don’t see the Indonesians going ahead and dramatically improving relations with the Israelis.”

Loewenberg, meanwhile, has a cautiously optimistic prognosis for Israel and Indonesia.