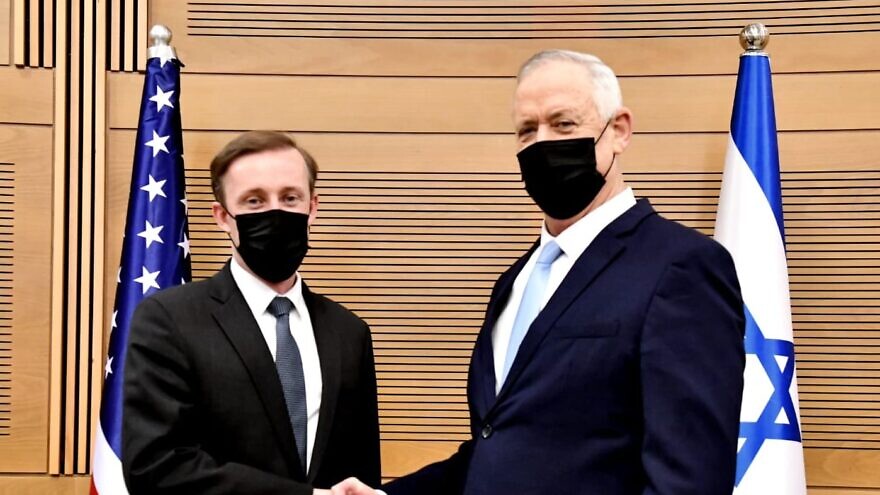 (December 22, 2021 / JNS) The United States and its partners “are discussing time frames for nuclear diplomacy with Iran,” Reuters quoted U.S. National Security Advisor Jake Sullivan as telling reporters on Wednesday. Sullivan delivered a warning that the current round of negotiations could be exhausted “within weeks,” the report said.

“We’re not circling a date on the calendar in public, but I can tell you that behind closed doors we are talking about time frames and they are not long,” Sullivan told reporters in Israel.

“Asked to elaborate on the timeline, Sullivan said: ‘Weeks,’” said the report.

Israeli Prime Minister Naftali Bennett met with Sullivan on Wednesday earlier in the day at the Prime Minister’s Office in Jerusalem.

The two discussed a variety of subjects, among them the ongoing negotiations in Vienna between Iran and the other signatories to the 2015 Joint Comprehensive Plan of Action (JCPOA) nuclear agreement, according to a statement from Bennett’s office.

During his remarks to reporters, Sullivan said Washington continues to believe that “diplomacy, deterrence and pressure” remain the best way to prevent Iran from acquiring a nuclear weapon, said Reuters.

He added that he and Israeli leaders “discussed means of ensuring that we are holding the international community together to maintain the pressure on Iran to live up to its obligations and to come back into compliance,” the report added.

“And in terms of operational matters, I think those are best left for private diplomatic discussions between the United States and Israel,” he added.