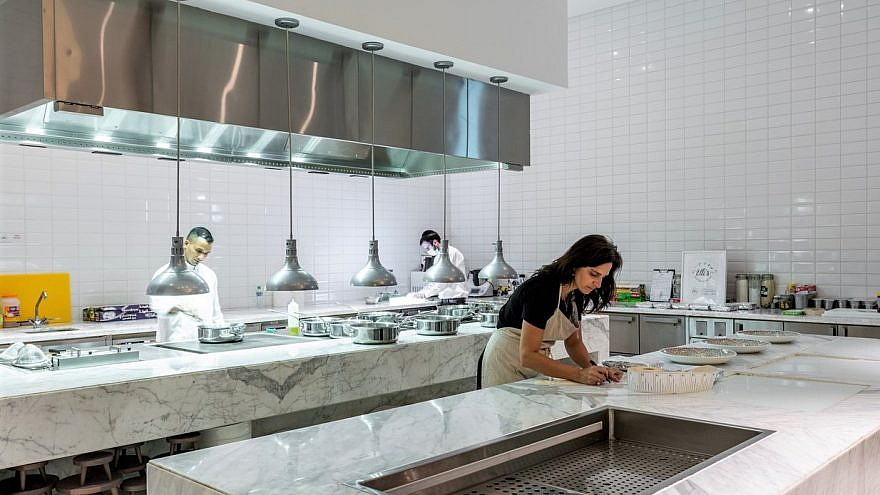 (April 19, 2021 / JNS) Jewish identity is invariably related to food, as witnessed through Jewish dietary laws, holiday traditions and consciousness. Retaining this identity is a matter of pride for many, and in our globalized, modern world, the Jewish people have also begun to use food as a diplomatic tool.

Chef Elli Kriel has lived in the United Arab Emirates just shy of a decade and opened Dubai’s first restaurant and kosher catering business out of necessity, being the only observant Jewish family in the area. Kriel and her husband have served as the anchor of the Jewish community, starting a minyan and hosting what has become the Jewish Council of the Emirates, the umbrella body for the Jewish communities in the area.

Hailing from a family of entrepreneurs in the food business in South Africa (her father owned a bakery on the east coast of South Africa, near Durban), Kriel started offering kosher meals to Jews in the area and to visitors who required kosher fare.

While she serves Jewish classics like babka, rugelach and matzah-ball soup, she has deemed her food style “Kosherati”—kosher with an Emirati twist, a diplomatic nod to the country in which she resides. Kriel hires Arab chefs to help her develop Emirati recipes in a kosher way; for example, her challah uses the flavors from one of the local types of bread, with date syrup and saffron in the mixture, and black and white sesame seeds on top. Her date-and-cinnamon rugelach uses date paste for the filling, as well as orange blossom water made into a syrup glazed on top. She has also created her version of chebab (an Emirati pancake) blintzes, a saffron and cardamom pancake with an Emirati flare, adding cream cheese, date syrup and rose water, and folding them like blintzes.

Kriel has also become close friends with an Emirati woman, and they often compare their native foods, finding that her friend’s balalit is, other than the spices, nearly identical to Kriel’s Yerushalmi kugel.

“I love experiencing different cultures, and you can do that through food,” Kriel explained to JNS. In Dubai, she said, she loves playing with the mix of cultures—the international and globalized environment with the Emirati and Jewish cultures. “I am always thumbing through Arabic recipe books as a way to become more familiar with the environment and to understand its influences.” 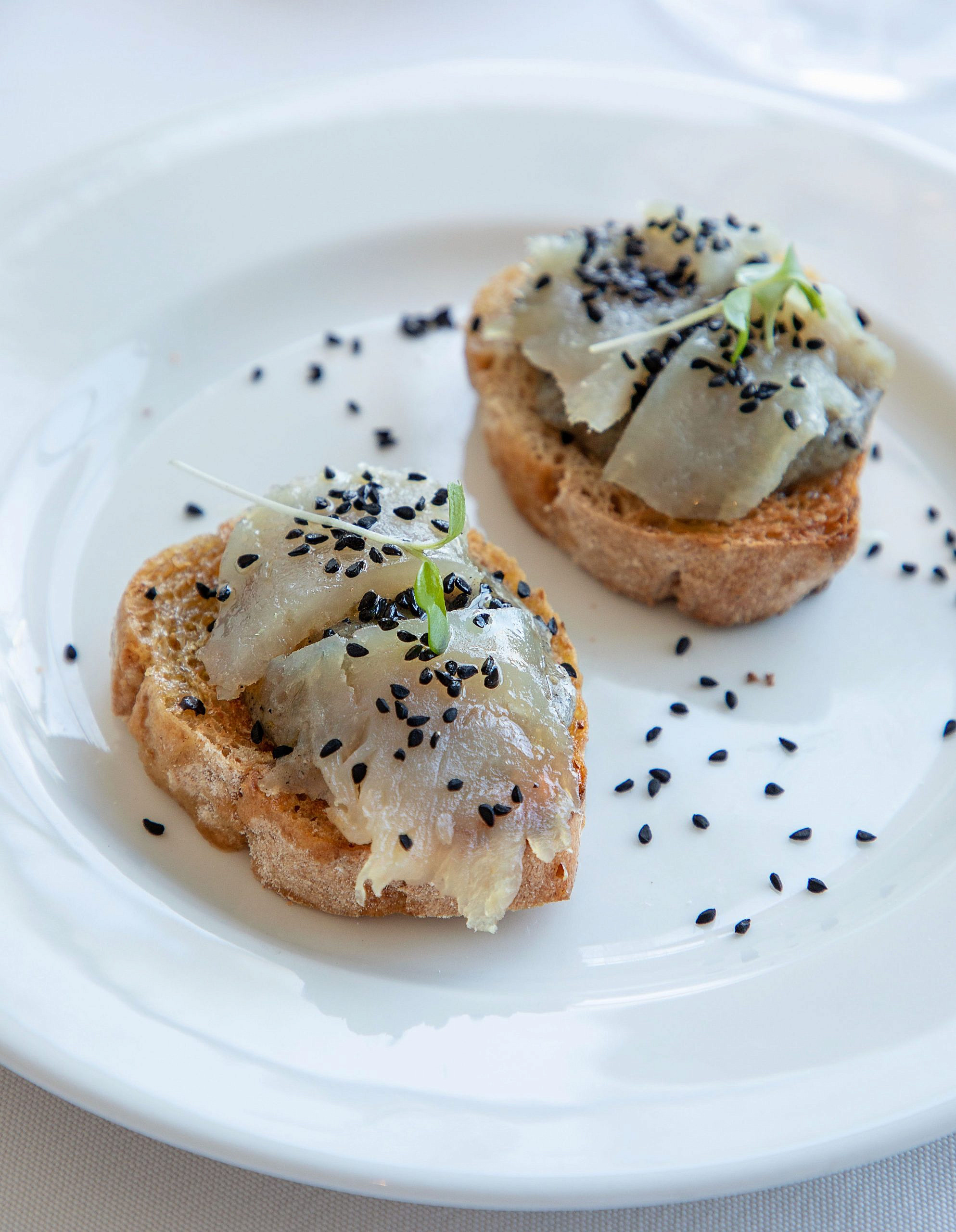 In 2019, when Sheikh Khalifa bin Zayed Al Nahyan, president of the UAE, proclaimed the year to be the “Year of Tolerance” in the Gulf state, Kriel catered for Jewish delegates who came for the Interfaith Global Conference for Human Fraternity, which was attended by none other than Pope Francis. It was that year when “the UAE began to speak about diversity and inclusion, and minority religions” that she officially launched her business.

Of course, it has proven to be even more vital in the context of the Abraham Accords, which has seen thousands of Jewish visitors flocking to the Arab country. “It has opened the doors to everything, not just for business and travel but also for culture. Food in this realm is very important,” she said, adding that access to kosher food is a necessity and a way of allowing observant Jews “to travel here and spend a longer time getting to know the UAE and region.”

As a sociologist who studied religious exclusion and inclusion in multicultural contexts, Kriel related that “food is an expression of one’s identity and culture, and when you present your food to another person, everything is presented on that plate—your history, background, social status. You are actually offering yourself. Presenting your food is a way to make yourself available to the other person and an opportunity to get to know each other.”

“Breaking bread builds relationships,” she continued, “as eating is a very essential and primal thing; we all need it to survive, so partaking together in something so life-giving builds bridges. It is different than just shaking someone’s hand or sitting in a room and talking together. Eating is a physical way of getting a glimpse into cultures, and sometimes, similarities.” 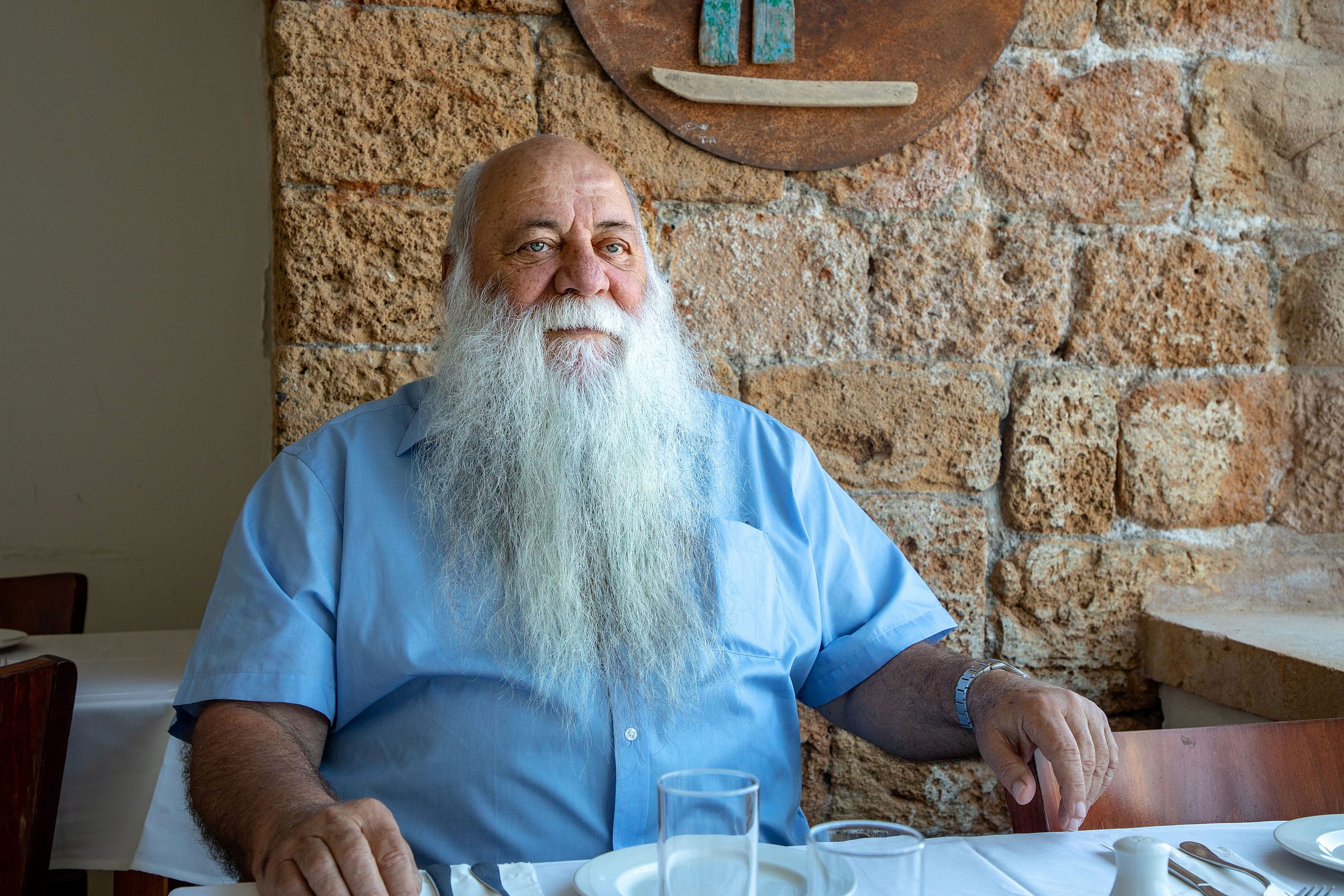 ‘The power of cooking’

Across the ocean, Chef Uri “Buri” Jeremias, has operated his Uri Buri seafood restaurant in the Old City of Akko for nearly three decades, and has a mandatory staffing structure in his restaurant and his nearby Efendi Hotel, where he employs a mix of Jews and Muslims (and often Christians as well) at all times. In his restaurant, he explained, there is no hierarchy between his employees; they have all worked in the kitchen.

Jeremias works almost exclusively with Arab vendors in the local Akko shuk in an effort to continuing the Mediterranean coastal city’s legacy of peaceful coexistence. His longtime sous chef, Ali, is an Arab-Muslim born in Akko who, until Jeremias brought him to accompany during the 2016 Food Network & Cooking Channel’s South Beach Wine & Food Festival in Miami, had never left Israel.

“I open my kitchen to many influences, just like my life. ”

“I am dedicated to finding the best way to live together,” the chef told JNS, which he believes can be achieved through mutual respect. Jeremias learned to cook as a youngster, roasting, boiling and braising his way through various countries, including India, as he traveled in a van and learned “the power of cooking.”

Like Kriel, Jeremias maintained, “people smell [good food] and want to join. It’s like a magnet; it’s unbelievable, [breeding] openness. … I open my kitchen to many influences, just like my life. I like to be open.”

His culinary style is local and simple, creating balanced meals often with less than 10 ingredients. His restaurant and hotel offer solely Israeli wines, sourced from local winemakers. “You do not need to look far to find exotic things,” he emphasized.

The chef’s diplomatic tendencies between Jews and Muslims began as a result of his family, who adopted an Arab girl when Jeremias was 3 years old in 1947, which was considered very unusual by most. She became the first Arab nurse in Nahariya, north of Akko on the Mediterranean Coast, where they grew up. Jeremias himself has also adopted two Arab Israelis from underprivileged backgrounds and raised them along with his Jewish, biological children.

Walking through the culinary and spice market, he is greeted by residents from all walks of life and backgrounds. Indeed, Akko is an ancient city that has been inhabited by each of the major empires of civilization and yet has retained its essence as a city where religion and civil society go hand in hand. Unlike the preconceived notions about Israel and its treatment of Arabs, Akko, like Dubai, serves as a beacon of gastronomic diplomacy for coexistence in the Mideast. 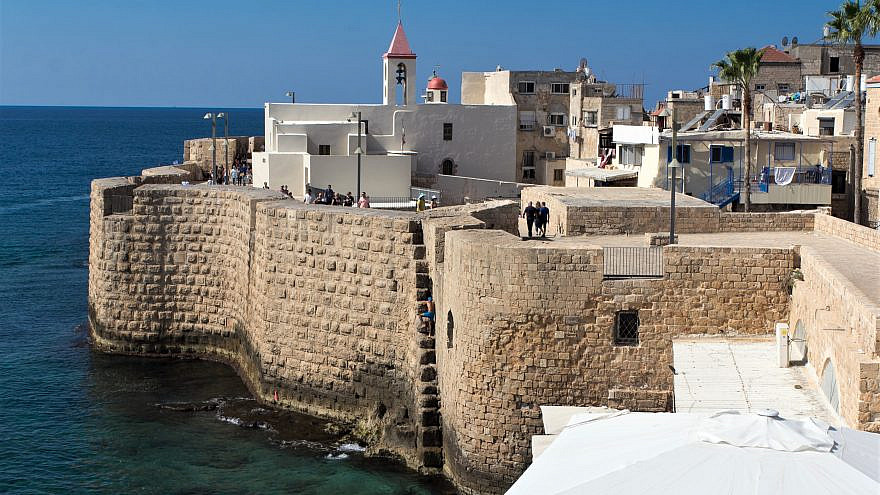