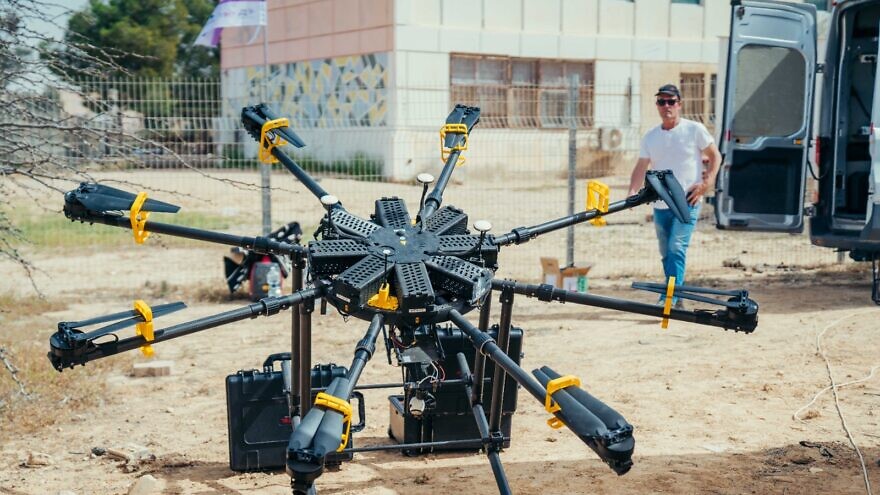 They spoke as 20 startup companies specializing in robotics and mini-drones took part in a competition held in Yeruham in southern Israel from April 4 to April 6.

“We don’t want to have a lot of collateral damage in future conflicts in urban scenarios. This is one of the main thing we can leverage drones and robotics for,” said Col. Ryan (full name withheld), who heads the Autonomous Systems Department at the Directorate of Defense Research and Development in the Israeli Defense Ministry.

“We see that autonomy and artificial systems are where we need to go, and that’s what this mosaic [competition] is all about,” he said.

The Israeli Defense Ministry and U.S. Department of Defense joined forces with the Merage Institute, which promotes trade as a vehicle for economic growth between Israel and the United States, to hold the first of its kind Mobile Standoff Autonomous Indoor Capabilities Challenge (MoSAIC).

The competition incorporates robots and civilian drones in an urban setting in a three-story building in Yeruham, where the systems must overcome a range of obstacles and challenges.

“The winners will receive funding for further product development, gain access to American and Israeli government officials, and will be accepted into the Merge Institute in California’s prestigious startup program,” the Israeli Defense Ministry said in a statement. 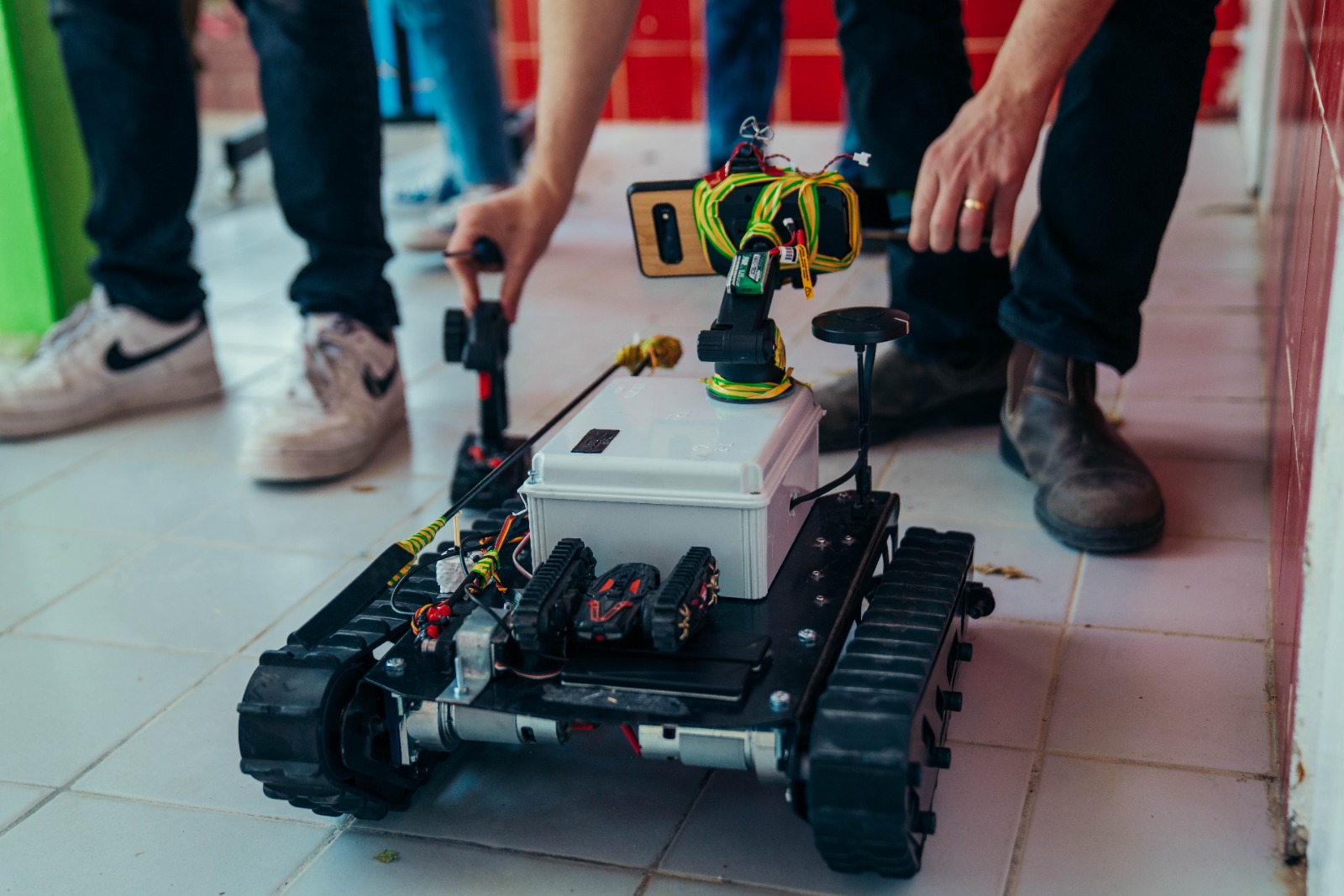 The competition incorporates robots and civilian drones in an urban setting in a three-story building in Yeruham, where the systems must overcome a range of obstacles and challenges. Credit: Black Box Media.

“Each group’s drones and robots will be required to complete an obstacle course where they will face several obstacles such as doors, rubble, curtains, etc. The event will test the abilities of companies from all over the world to complete navigation challenges, structure mapping, human and object tagging, human through-wall detection, maximizing autonomous movement in urban settings, and dealing with physical obstacles in urban areas including stair-climbing and more,” it stated.

Leading robotic and drone companies from Israel and around the world are taking part in the competition.  The Defense Ministry is promoting the event as part of its search for state-of-the-art technologies in the fields of robotic and autonomous technologies within buildings that simulate a future battlefield.

‘Changing the thinking on how we use robots’

The defense officials described five “mini-challenges” that the systems must face.

These include indoor navigation, room-mapping, object-tagging and detection, seeing through walls and detecting humans. 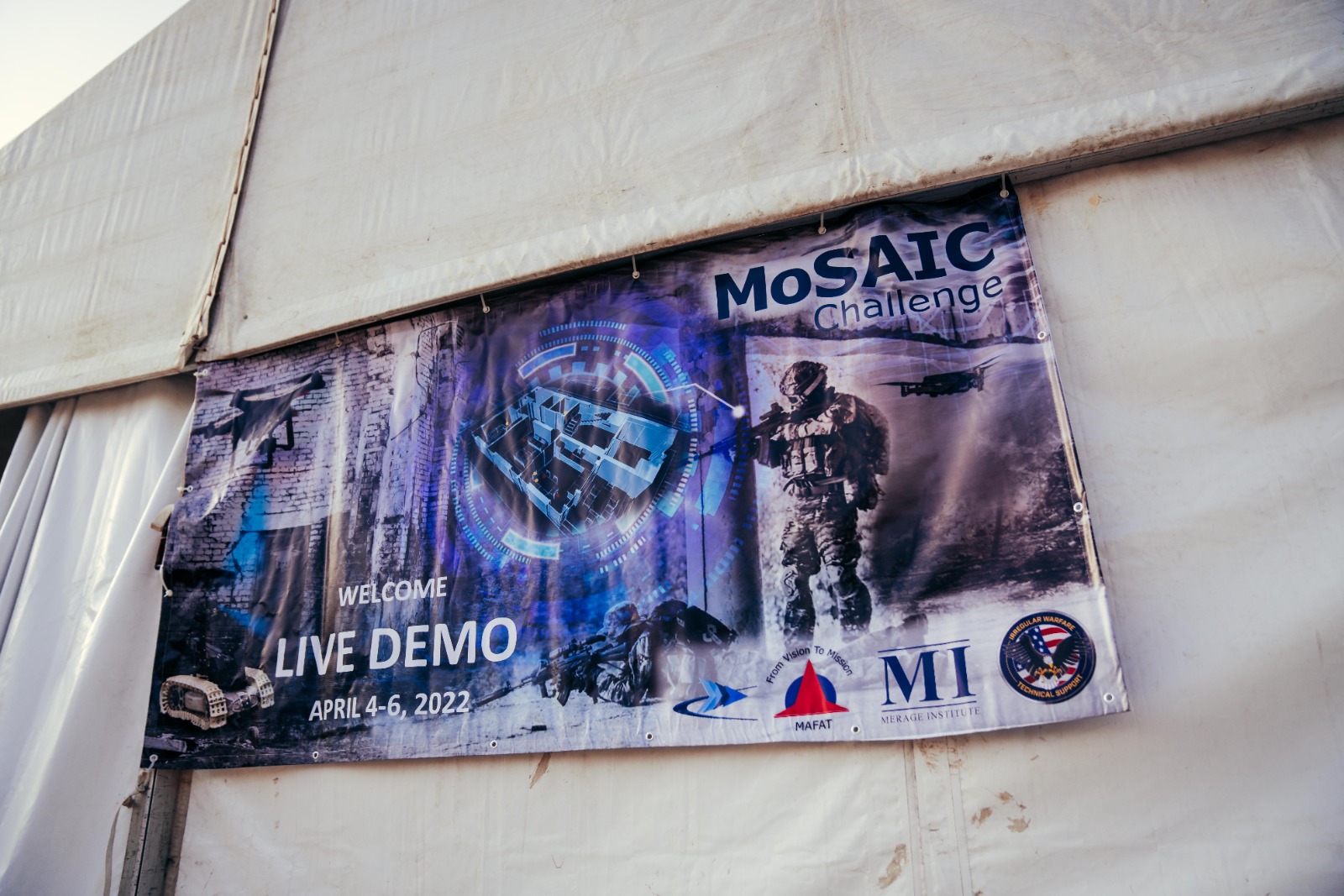 The Israeli Defense Ministry and U.S. Department of Defense joined forces with the Merage Institute, which promotes trade as a vehicle for economic growth between Israel and the United States, to hold the first-of-its-kind Mobile Standoff Autonomous Indoor Capabilities Challenge (MoSAIC). Credit: Black Box Media.

“The objective is not to introduce the technology into operational environments today,” said Tarsi, adding that this “will be a decades-long process. Each company is in the early prototype stage. We will take novel products and turn them into products.”

A key aspect of the trials is learning how to improve human-machine teaming.

“We want to first of all lower risk to our forces and then lower collateral damage,” said Col. Ryan.

Tari said that some of the objectives revolve around reducing the manpower needed for urban operations.

“We expect, in the first stages, to reduce the cognitive load on operators,” he said, adding that this would “enhance the survivability of operators. We are hoping to aid them without overloading them with information.”

Col. Ryan pointed out that while currently, robots are aiding human operators in the field, the future will see a shift to humans assisting robots to conduct their missions, noting “we are changing the way of thinking on how we use robots,” he said.