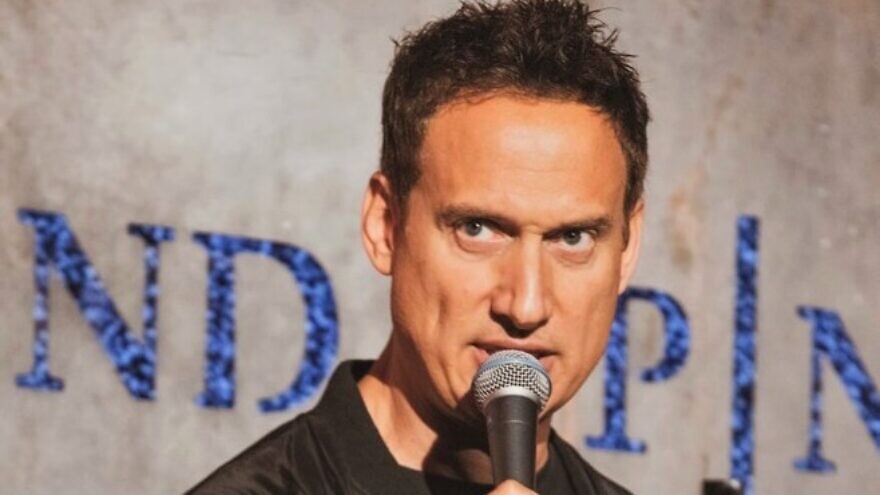 (August 1, 2021 / JNS) Elon Gold, known as one of the best living Jewish comedians, spoke with great reverence of a Jewish comedy legend who died on July 24 at the age of 93.

“Jackie Mason was the Sinatra of comedy,” Gold told JNS by phone. “There will never be another. He was a trailblazer. He was not afraid of his Judaism. I heard he was once told, ‘You’ll be a big movie star if you tone it down.’ He’s the opposite of that yenta [Julia Haart] on ‘My Unorthodox Life.’ He stayed true to himself. To me, he’s the greatest Jewish comedian who ever lived and in the top five of comedians ever, up there with [George] Carlin and [Richard] Pryor.”

Only a few days before Mason passed, Gold said he was talking to fellow Jewish comedian Gary Gulman about how Mason’s special “The World According to Me” was one of the three best in terms of the top hours of comedy.

Gold, 50, said there was one big way Mason stood out besides his singular accent.

“You know, Larry David is a mensch and obviously hilarious,” said Gold. “Off-camera, he’s calm. Robin Williams, I’ve sat with him. Loads of energy. When you sat next to him with no cameras, he was calm. Jackie Mason, the only person I can think of that is like him, is my friend Modi [Rosenfeld] in that he’s always schpritzing. He’s always firing away. He’s always making you laugh with his observations. Jackie was just always on. There was no ‘off’ button when he would not be funny. It came natural to him.”

Those who want to check out Gold with Rosenfeld can see HBO’s “Crashing” in an episode called “The Temple Gig,” where both comedians are hilarious.

“I think he did,” Gold said of the middle finger. “He didn’t take ‘you know what’ from anyone, and he was fearless. He just did what he felt and didn’t care. If he was angry, he was angry.” 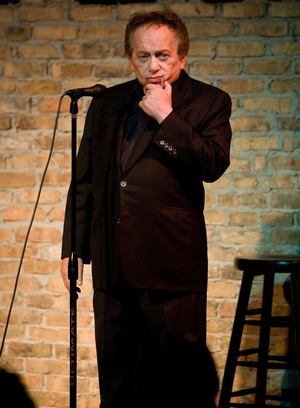 Gold suddenly broke into such a perfect Jackie Mason imitation that were he to do this on Joe Rogan’s podcast, there would be conspiracy theorists who’d say that Mason is still alive. Many comedians bemoan that audiences are becoming too politically correct. Some of Mason’s material would now be considered problematic. Gold said some got the wrong impression of him.

“I took my friend [and fellow comedian] Jay Mohr to see Jackie once, and he turned to me and he said, ‘Oh, my God, Jackie’s racist!’ I said, ‘No, he’s not. He jokes about everyone, and he doesn’t hate anyone.’ ”

Gold said he only had one criticism of Mason. He said he went to see Dave Chapelle at Radio City Music Hall and saw Jon Stewart open, and do seder-plate jokes for a mainly black crowd. He noted that Italian comedian Sebastian Maniscalco, who is married to a Jewish woman, also has a great bit where he mocks the Passover seder plate and says Italians should cater the seder.

“My one disappointment is he never went deep into our rituals and observances,” said Gold, adding that he would have liked to hear a joke from Mason about a seder plate or tefillin or the holiday of Shavuot.

Gold said he has two acts—one that he has in his Amazon Prime special “Chosen & Taken,” and a more intricately Jewish one that he does for Chabad and other religious organizations.

“I have detailed jokes about sechach [the bamboo that is the roof of the sukkah], and I do a bit on benching gomel [the prayer made when someone survives a dangerous experience or recovers from an illness] and most Jews don’t even know what benching gomel is.”

‘Maybe COVID would never be gone … ’

Gold said it was shell-shocking not to perform when comedy clubs were closed down due to coronavirus restrictions after his routine of performing so much for so many years.

“I thought I was going to have to sell my house,” said Gold, clarifying that he was not kidding. “I was getting tons of calls for gigs every day. Suddenly, I wasn’t getting calls, and they were saying there might not be comedy for one year, two years—maybe COVID would never be gone. There was a lot of uncertainty. Then I started doing Zoom shows, and at first, I didn’t like it, but then I got used to it, and I was doing a lot of them.”

Gold recently performed sold-out shows at Stand Up NY on West 78th Street, and said that he and Rosenfeld were the only comedians to do so there since the lifting of the pandemic restrictions that allowed comedy clubs to open again. Gold said it was great to see his fans come out and give him such a strong welcome.

Dani Zoldan, co-owner of Stand UP NY, noted that Gold sold out at full capacity. He said he had no doubt that Modi would have done the same if they permitted to seat the full room at the time of his show.

“It’s sort of bittersweet,” Zoldan said told JNS. “It’s amazing to see people want to come out and laugh and support a small business. Elon and Modi are the best, and everyone’s laughing when they’re on stage. At the same time, you’re worried about variants and there is a good chance we will go back to indoor masking and soon people will have to show proof of vaccine to enter the show.”

Zoldan had gone on numerous TV news shows, saying there was a $16 billion allocated under the Small Business Administration grant, but he was among about 14,000 small-business owners who had submitted applications to receive financial support from the government and most had not heard back. He said there were problems with the application process Fox News Channel’s Neil Cavuto on air said comedy was needed, and he hoped Zoldan would get funds he sought. Zoldan said he finally was awarded the grant two weeks ago.

“There were seven months of delays, but eventually, they did come through,” he said. “The grant will help big time. We were closed for 13 months. These funds will help keep us going. We got the money, but these were the hardest months of my life waiting for it. The program was rolled out in a horrible way. It was stressful for all small-business owners in America, and of course, I feel for those owners who haven’t gotten the grants yet.”

The club is open four to five days a week, and Zoldan said the funds “put me in a much better situation.”

Gold, who lives in Los Angeles, is currently in New York performing; among other gigs, he is doing select shows at the Comedy Cellar on MacDougal Street through Aug. 18. On Aug. 2, he will interview Rabbi Mark Wildes about the rabbi’s new book, The 40 Day Challenge: Daily Jewish Insights to Prepare for the High Holidays at Manhattan Jewish Experience on the Upper West Side. 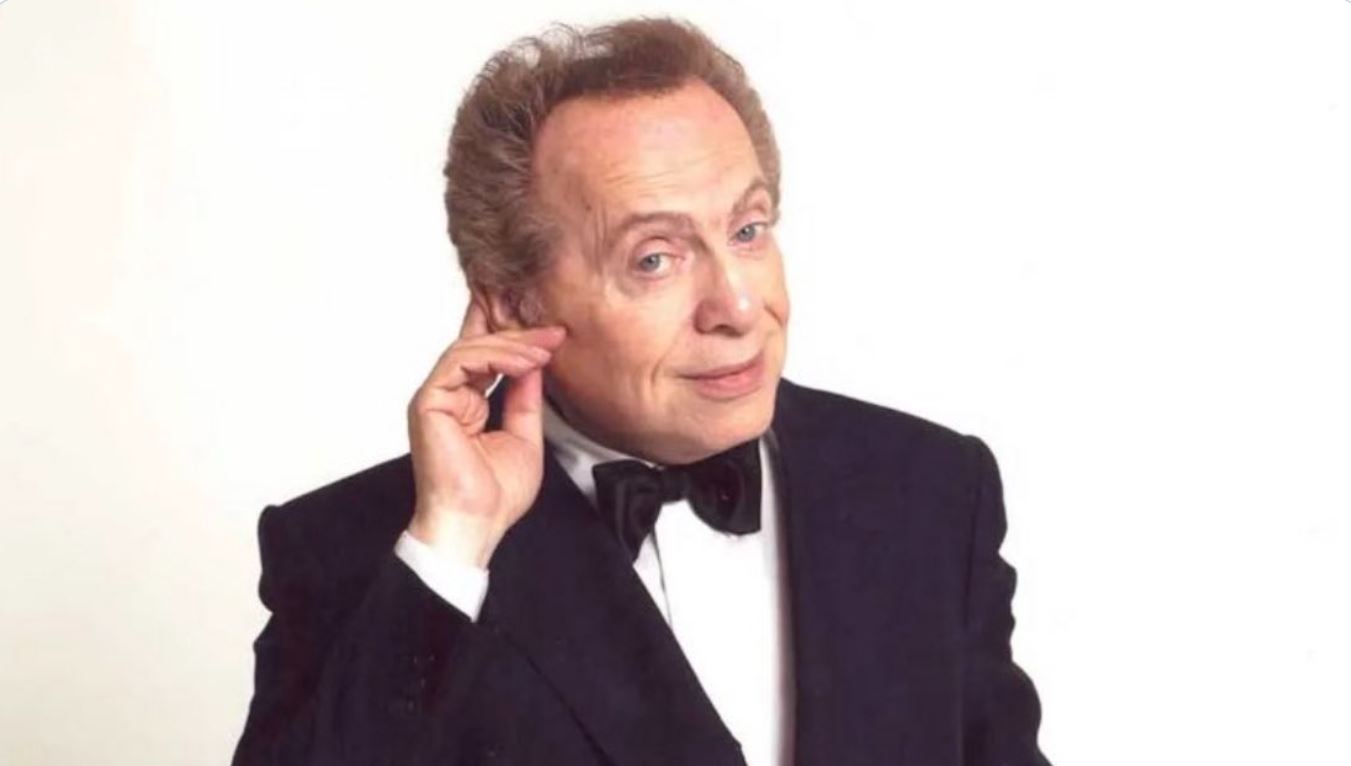 The comedian and actor, who has worked with numerous Jewish groups and spoken out against anti-Semitism online, including criticizing Bella Hadid on Twitter, said he wants to see peaceful times and people relaxing.

He said it’s also clear that Jews are very nervous these days.

“There’s been violent anti-Semitism,” he said. “Then somehow the news shifted to people being upset about ‘My Unorthodox Life’ and then the [boycott] scandal with Ben & Jerry’s. Anyone has a right to be upset about whatever they want, and now there’s talk of variants. It’s normal to be nervous and worried, but I think people getting bludgeoned and almost killed on the street for being Jewish is probably the most upsetting thing.”

Gold said he recently ate at the fine-dining kosher restaurant Reserve Cut on Broad Street in Manhattan and could barely get to his table, as many fans stopped to him to say hello. He said if he went into a regular restaurant that wouldn’t happen—a sign that he is “Jew-famous” but not “Regular Famous.”

The comedian famously starred in the show “Stacked” opposite Pamela Anderson in 2006. (As someone who has seen Gold and Rosenfeld perform more than 10 times live, in addition to a few shows together, I can assure you it is a shanda that they are not “Regular Famous,” but it may still happen for both.)

As for Mason, who will forever sit on the Mount Rushmore of comedians, Gold said it was a pleasure to meet and eat with him on different occasions. He said he would have loved to hear Mason dis Ben & Jerry’s. Gold said Mason never gave him advice and set a standard that was impossible to reach.

“There are still guys like [Bill] Burr and Chappelle who will say whatever they want, and they don’t care,” Gold said. “But with Jackie, it was like when you go watch Chapelle or Chris Rock. When I watch those guys, I think to myself, ‘I shouldn’t be in this business. I’ll never be that good; they’re in another league.'”

Gold said Mason will always be a legend.

“Jackie Mason was in a league of his own. Jackie is a once-in-a-lifetime performer,” declared Gold. “I don’t care how decent some other guys are today, there will never be anyone like him.”