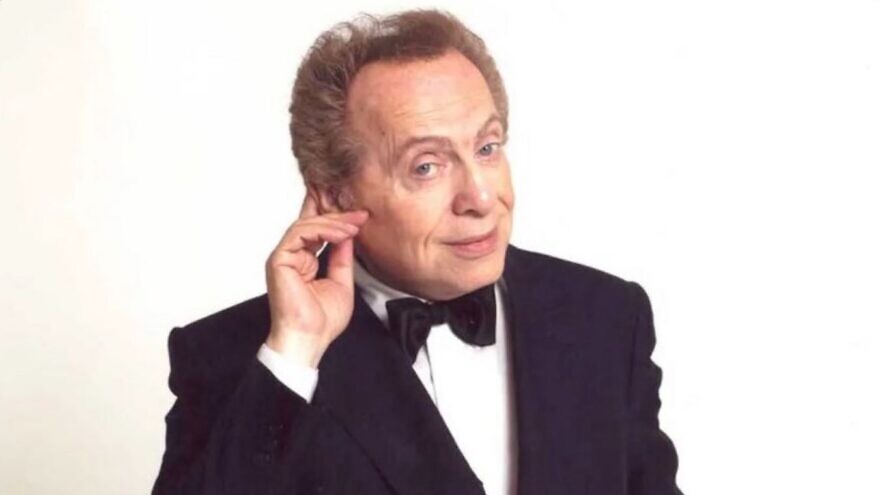 His memory was honored by celebrities of all stripes. Jason Alexander of “Seinfeld” fame tweeted, “I took my folks to see Jackie Mason on Broadway twice. I have never seen them laugh harder. A comic from a different time but one of the best.”

Mason was born Jacob Maza in Sheboygan, Wis., on June 9, 1928. His family moved to Manhattan when he was 5 years old. He came from a family of rabbis.

“Not only his father but his grandfather, great-grandfather and great-great-grandfathers had all been rabbis. His three older brothers became rabbis, and his two younger sisters married rabbis,” The New York Times reported in its obituary.

“It was unheard-of to think of anything else,” Mason once said. “But I knew, from the time I’m 12, I had to plot to get out of this, because this is not my calling.”

He eventually settled on comedy.

“I don’t think people who feel comfortable or happy are motivated to become comedians. You’re searching for something and you’re willing to pay a high price to get that attention,” he told AP in 1987.

Mason started his show business career working summers in the Catskill Mountains in Upstate New York, known as the “Borscht Belt” for its summer resorts that catered to Jewish families starting in the 1920s.

He began to pursue his career in earnest after his father died in 1959. In 1961, he got his first big break, an appearance on “The Steve Allen Show.”

However, disaster struck his career in 1964 on “The Ed Sullivan Show” when he held up his fingers to the audience in annoyance after Sullivan held up two fingers indicating the number of minutes he had left to wrap up his act. Sullivan was convinced Mason was giving the audience the finger. It caused his career to nosedive.

In the 1980s, Mason made a comeback with the help of his producer Jyll Rosenfeld, who became his wife in 1991. She convinced him to turn his act into a one-man show on Broadway.

“That show, ‘The World According to Me!’ opened on Broadway in December 1986 and ran for two years. It earned Mason a special Tony Award in 1987, as well as an Emmy for writing when HBO aired an abridged version in 1988,” the Times reported.

Mason said in 1988 of his comeback, “They see me as today’s comedian. Thank God, I stunk for such a long time and was invisible, so I could be discovered.”

Mason is survived by his wife Jyll Rosenfeld, and daughter, actress and comedian Sheba Mason.