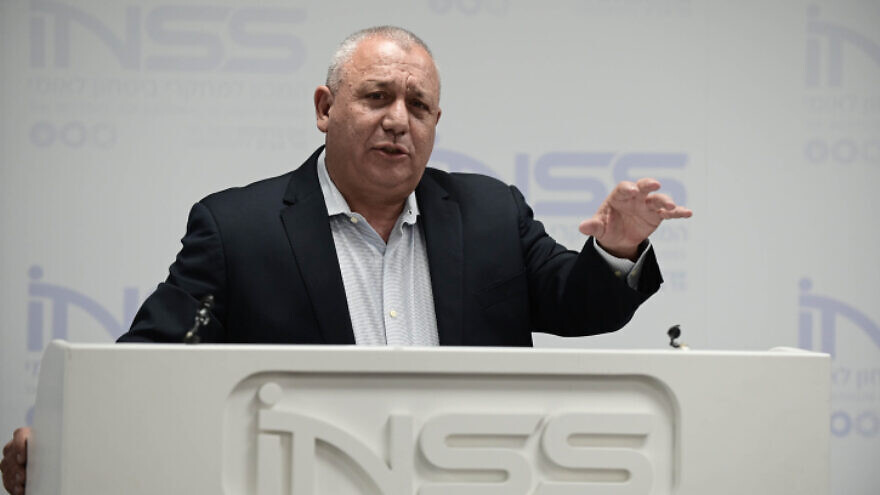 The three plan to call their slate the “State Party.” It will be headed by Gantz, with Sa’ar as his second and Eizenkot in the third place.

A few hours after Eizenkot’s announcement, Knesset member Matan Kahana announced he was leaving Yamina and joining the three. His position on the slate has yet to be determined.

“This union will be the basis for the formation of a broad, stable, stately government that will bring the prolonged political crisis to an end, heal the rifts in Israeli society and advance Israel’s interests in the spheres of national security, economy, domestic security and education,” the new party said in a statement.

The political crisis referred to the instability that has plagued Israeli politics since 2019. The Nov. 1 elections—called after the coalition led by then-Yamina head Naftali Bennett collapsed after a year in office—will be the fifth time in three years that Israelis go to the polls.

Eizenkot emerged as a highly sought-after candidate during the last two election campaigns, but the former chief of staff appeared reluctant to join the political fray and had previously rejected an offer by Prime Minister Yair Lapid to join his Yesh Atid Party.

A close associate of the former IDF chief told Israel Hayom that he had decided against joining because he believed the move would do little to shift the deadlocked political map in Israel.

Joining Gantz and Sa’ar has the potential to effect a considerable change among “soft Right” voters, according to the source.

Gantz and Sa’ar welcomed Eizenkot to the political ranks.

While Gantz—himself a former IDF chief of staff—sufficed with a “Gadi–welcome!” tweet, Sa’ar noted that “Gadi is a man of principles and values, a Zionist through and through, who is dedicated to Israel’s security and the Israeli society.”

Lapid also welcomed Eizenkot’s decision, tweeting, “I’ve spoken with former IDF Chief of Staff Gadi Eizenkot and welcomed him into politics. Eizenkot is a smart and ethical man and I have no doubt he will make a considerable contribution to public life.”