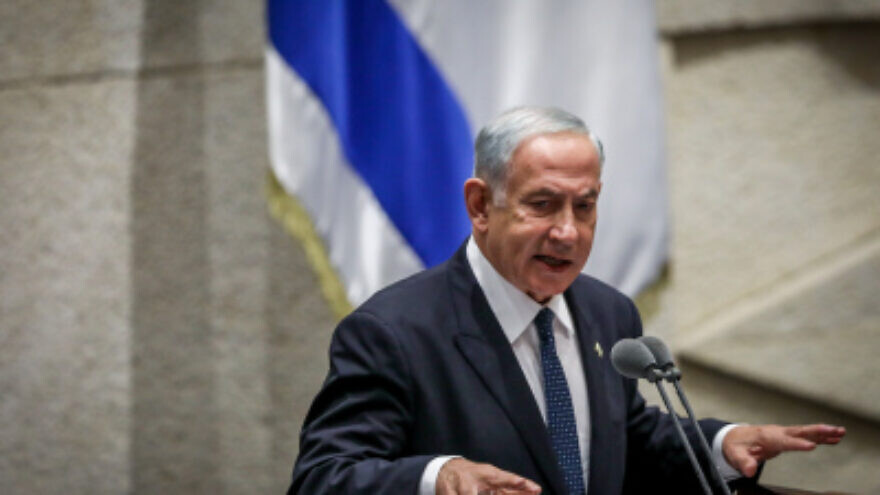 (November 6, 2022 / JNS) Israeli opposition leader Benjamin Netanyahu urged his fellow lawmakers on Sunday to put aside their differences and work together for the good of the country.

“The elections are over, and as the dust of discord between the political camps settles, we must come out of the trenches and work together,” he said, at the Knesset’s memorial event marking 27 years since the assassination of Prime Minister Yizhak Rabin.

“Differences won’t disappear, and that’s fine. We have profound disagreements on several issues, which need to be addressed with responsibility and consideration,” the likely next prime minister of Israel after his conservative bloc won a solid majority in the national election last week continued.

“It’s okay to argue, we don’t need to agree on everything, but at the same time, we do need to know what to agree on,” Netanyahu said.

The Likud Party leader earlier on Sunday met with other party heads from his right-religious political bloc, as the process of forming the country’s next governing coalition kicked into gear.

The bloc secured a decisive victory in Tuesday’s national vote, with Likud winning 32 mandates, Religious Zionism 14, Shas 11 and UTJ 7—for a total of 64 seats in the 120-member Knesset.