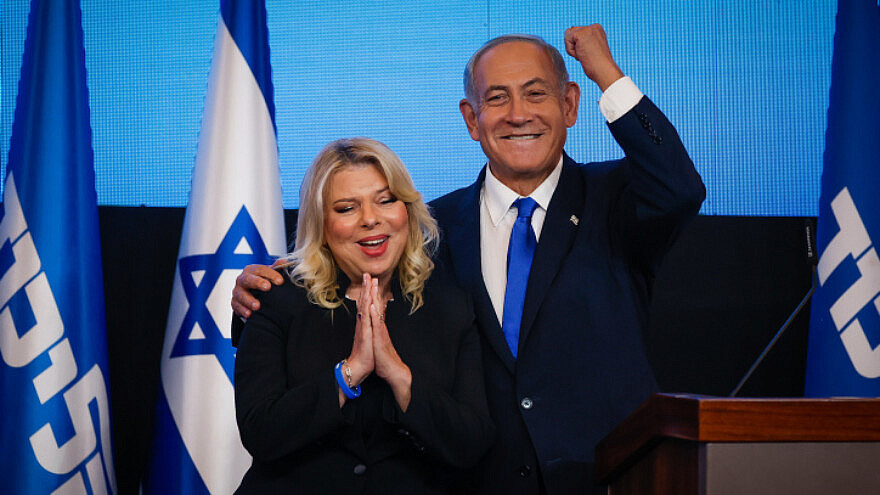 According to the results the Central Elections Committee (CEC) announced on Thursday evening, Netanyahu’s bloc will pick up 64 seats. The far-left Meretz and anti-Zionist Arab Balad parties have been eliminated and will not enter the Knesset.

The results are not official until they are presented to President Isaac Herzog on Wednesday.

Netanyahu’s Likud Party will receive 32 seats in the next Knesset, with his likely coalition partners the Religious Zionist Party, Shas and United Torah Judaism receiving 14, 11 and seven mandates, respectively.

Netanyahu on Wednesday hailed his bloc’s victory and thanked his supporters for their “magnificent expression of faith.”

“It’s become clear once again that the Likud is the largest party in Israel, above all the other parties by a wide margin,” the opposition leader said.

He added: “You know what else it wants? To return the national pride that was taken from us. And this we’ll bring as well.”

Herzog will by Nov. 16 at the latest designate a candidate to form a government, and that candidate will almost certainly be Netanyahu.

The Likud leader, who served as premier from 1996 to 1999 and again from 2009 to 2021, would then have four weeks to form a coalition, with the possibility of a two-week extension.

According to reports, however, Netanyahu will attempt to form a governing coalition by Nov. 15, the date of the swearing-in of the new parliament.