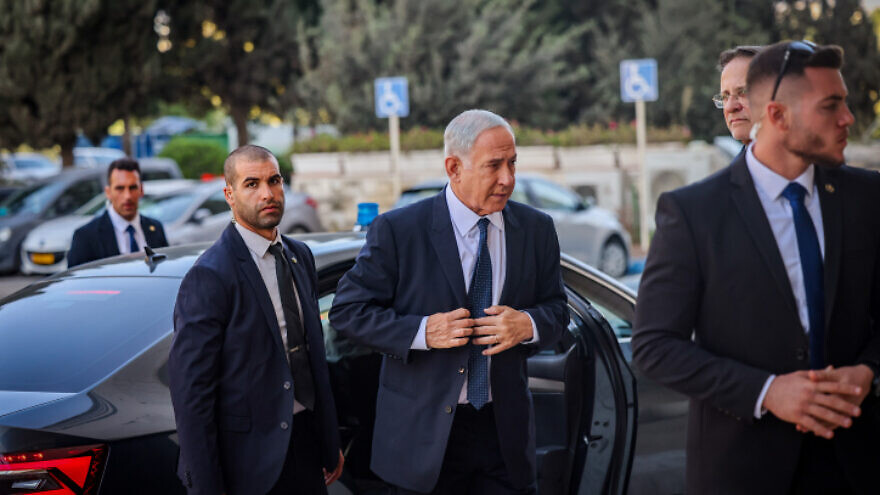 (November 6, 2022 / JNS) Israeli opposition and Likud Party leader Benjamin Netanyahu met on Sunday with other party heads from his right-religious political bloc, as the process of forming the country’s next governing coalition kicked into gear in the aftermath of last week’s elections.

According to a statement from his office, Netanyahu met individually in Jerusalem with Religious Zionism Party head Bezalel Smotrich, Aryeh Deri of Shas and Yitzhak Goldknopf of United Torah Judaism, respectively.

The bloc secured a decisive victory in Tuesday’s national vote, with Likud winning 32 mandates, Religious Zionism 14, Shas 11 and UTJ 7—for a total of 64 seats in the 120-member Knesset.

The official results will be presented to President Isaac Herzog on Wednesday, following which he will have seven days to hold consultations with all party heads before tasking someone—Netanyahu, barring a force majeure—to form Israel’s next government.

According to reports, Netanyahu will attempt to accelerate the process and form a coalition by Nov. 15, the date of the swearing-in of the new parliament.