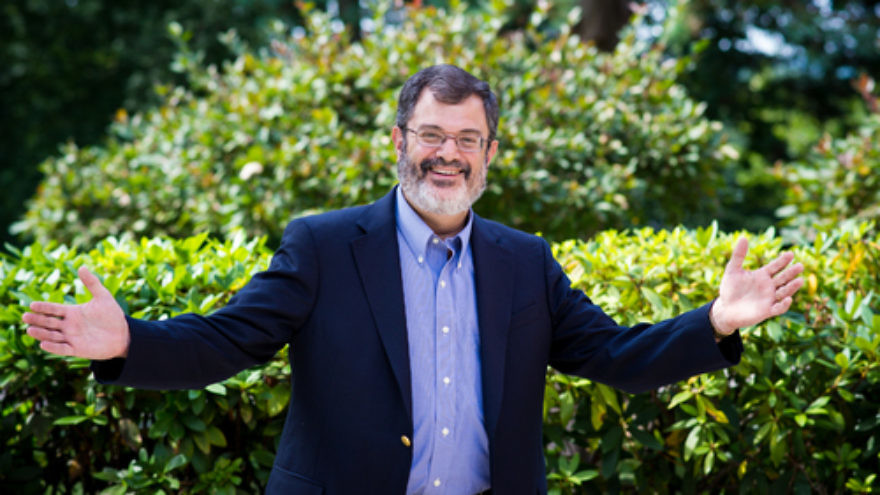 A young woman is in the process of transitioning to be a young boy. While the rabbi and close family members are aware of the transition, the congregation is not.

Such was the scenario faced five years ago by Rabbi Eric Gurvis, senior rabbi of Temple Shalom in Newton, Mass. It was among the handful of bar and bat mitzvah ceremonies he has performed for transgender boys and girls.

“There were a lot of details involved, even in the language around the celebration.… [For] people who did not know [about the gender transition], we had no interest in making a spectacle of any kind that day, rather than just celebrating with the child,” recalls Gurvis.

Instead of naming the ceremony a bar or bat mitzvah, Gurvis called it a “mitzvah journey to becoming a responsible adult Jew.” The synagogue removed the bar/bat mitzvah label from the certificate that it gave the teenager.

The term “transgender” defines anyone who knows him or herself to be a gender that is different than the gender he/she was assigned at birth. This could a girl who now sees herself as a boy or, in some cases, a person who identifies as neither male nor female. Some transgender individuals modify their bodies through medical means, and some do not.

“For me, it is remembering that every individual is created b’tzelem elokim (in the image of God),” says Gurvis, who has worked as a Reform rabbi for more than 30 years. Over that time, he says, the Jewish community has “become more comfortable” with what is transpiring in terms of not only transgender issues, but also lesbian, gay, and bisexual issues. His synagogue has for at least a decade had multiple versions of the misheberach blessing that parents say at their child’s bar/bat mitzvah, including the traditional blessing—one that accommodates two parents of the same gender—and one that doesn’t mention gender at all.

Eight or 10 years ago, Gurvis says, the Jewish community was unavailable to families in need of LGBTQ support for one reason: lack of understanding.

“Today, there is more understanding and sensitivity,” Gurvis says. “There is a higher degree of comfort in some places with children coming out to their parents and friends, and the parents [are] seeking out clergy and educators to talk about it. We are there to help support in any way we can.”

That doesn’t make things easy—just easier. In an article that ran on MyJewishLearning.com, Britt Rubenstein, mother of Lily (once a boy), talks about her daughter’s transition, which occurred around the time of his/her bar/bat mitzvah.

“During the first year, we cancelled the bar mitzvah that was fast approaching,” writes Rubenstein. “This was a huge loss for us because we did not think we could get her to do a bat mitzvah. She spent a great deal of time being angry with God. As happiness set in, confidence continued to grow, and support continued to flow from our Jewish community, Lily announced that it was time to start scheduling her bat mitzvah….Two years after my child told us she was transgender, she would chart new territory for our congregation. Lily led Shabbat services, read from our Holocaust Torah, and took her place as an adult woman in our Jewish community.”

Lily’s story is becoming more common. Casey Cohen, communications director for Camp Tawonga in Groveland, Calif., says, “We want all kids to connect to Judaism and spirituality in a way that is personal and meaningful for them.”

To that end, Tawonga is launching the “Beyond the Bimah” program in the fall of 2016. The program is designed to offer an individualized approach to b’nai mitzvah.

“In talking to trans families, they want their child to have an individualized journey as a human being. It is coming at it from a Jewish lens, without a focus on being a man or a woman, but a person,” says Jamie Simon-Harris, Camp Tawonga’s associated executive director.

Simon-Harris tells the story of one child she met who was grappling with gender issues. He requested that his bar mitzvah focus on character and less on “boy-girl stuff.” The child explained how he was born male and uses a male pronoun to refer to himself, but doesn’t feel like a boy. Simon-Harris says she believes he could have very powerful experience if the people who work with him are able to tailor his Jewish journey into adulthood to meet his needs.

But Simon-Harris is also careful to point out that it is not just transgender youths who require creative and intentional b’nai mitzvah training. All teens are unique, she says, and all are feting their bar and bat mitzvahs at a complicated time in their lives—puberty and sexuality are on the minds of all middle school youths.

“Each teen needs support and a lot of thoughtfulness to take this Jewish journey,” Simon-Harris says.

Her advice is to let teens decide what they want to share and what they don’t—and to educate yourself. She says that any rabbi or teacher who works with teens needs to learn how to handle teens with greater sensitivity.

In an article published by Ha’aretz, teen Tom Chai Sosnik (formerly Mia), who had a bar mitzvah and Jewish naming ceremony at his school after coming out as a boy, says, “Being trans doesn’t make you unclean; it doesn’t make you weird or different. People that are trans are just doing what we all should be doing: they’re embracing who they really are.”

Louis Bordman—senior director of the URJ (Union for Reform Judaism) Eisner and Crane Lake Camps, which have welcomed several transgender teens—adds, “I would hope that a transgender child would be bar/bat mitzvah as the gender that they identify.”