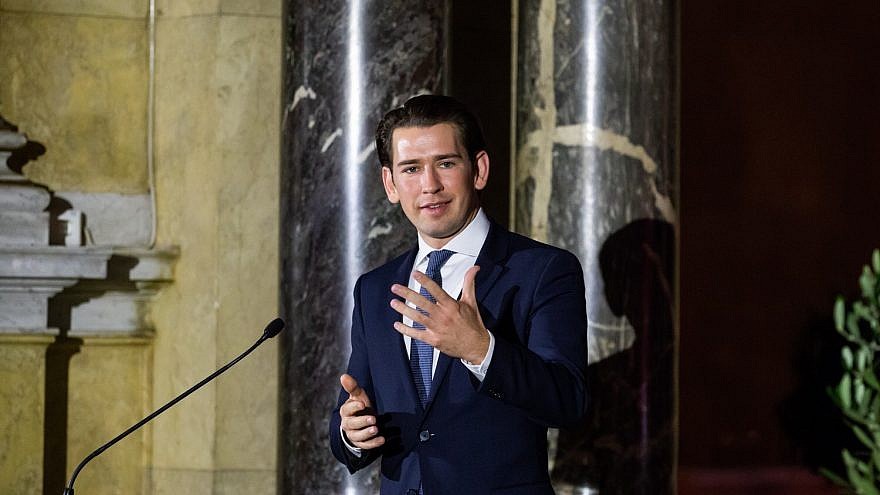 (November 20, 2022 / JNS) Former Austrian Chancellor Sebastian Kurz has been named to the Honorary Advisory Council of the Abraham Accords Peace Institute (AAPI), the organization announced in a statement on Friday.

“The Abraham Accords were a historic milestone and achieved what previously had been regarded as impossible. I am therefore honored to have the opportunity to become a member of the Honorary Advisory Council and to help sustain and expand the accords,” Kurz said of his appointment. “I hope more countries will follow in their footsteps and look forward to the many ways Europe can make important contributions in the future,” he added.

Kurz came to power after his party won the 2017 Austrian legislative election. He remained Chancellor of Austria until May of 2019 and again served from January 2020 through October 2021.

Kurz was credited with being the youngest head of state in Europe during his tenures, and now spends a significant amount of time in Israel and the Middle East.

“We are honored to welcome former Chancellor Kurz to our Honorary Advisory Council,” said AAPI President and Executive Director Robert Greenway. “We look forward to benefiting from former Chancellor Kurz’s advice on our efforts to increase European support for strengthening and expanding the Abraham Accords.”