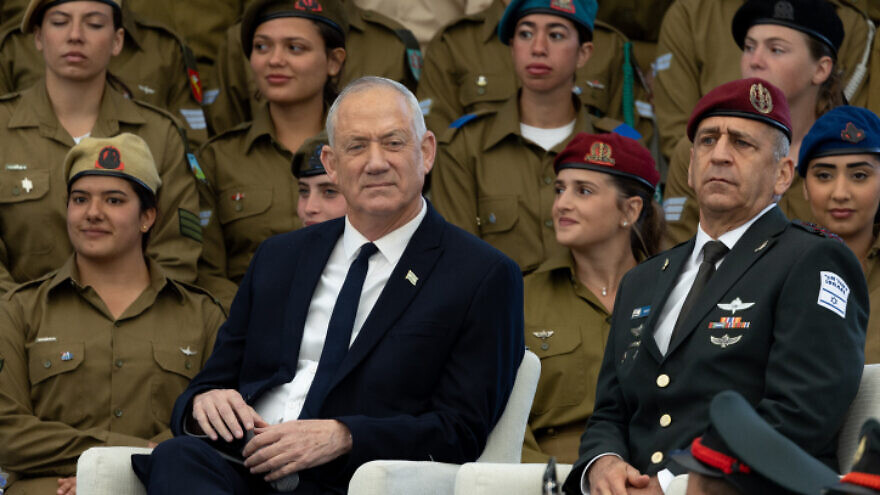 (September 15, 2022 / JNS) If Hezbollah in any way disrupts the talks underway to delineate maritime borders in the Eastern Mediterranean, Lebanon will pay a steep price, Israeli Defense Minister Benny Gantz said on Thursday.

Gantz was referring to U.S.-mediated indirect negotiations between Jerusalem and Beirut over disputed, natural gas-rich waters.

“Israel is ready to reach a deal that will assist both countries economically. I believe there will be two gas rigs in the sea [in the disputed area], one on the Israeli side and one on the Lebanese side,” the defense minister said.

“We will protect our gas rig regardless,” Gantz added regarding the one in Israel’s Karish field off the Haifa coast, which is about to begin commercial production.

Abbas Ibrahim, the head of Lebanon’s General Security Agency, said this week that an agreement was in reach.

“We’re talking about weeks—actually, days—to finish the delineation issue. I’m hopeful that the situation is positive,” he said.

Ibrahim met last week with U.S. mediator Amos Hochstein, who said that his hours-long visit to Beirut on Sept. 9 proved that the negotiations were making “very good progress.”

An Israeli plan being considered would allow Lebanon to exploit gas reserves in part of the disputed area in exchange for agreeing to a compromise boundary line.

Nevertheless, Hezbollah has threatened to attack Israel’s northernmost offshore gas platform in the Karish field if a solution is not found before the Jewish state begins extracting gas there.

Hezbollah chief Hassan Nasrallah has upped his rhetoric ahead of a possible breakthrough in the negotiations.

On July 2, Hezbollah sent three unmanned aerial vehicles in the direction of the Karish platform, all of which were intercepted by the Israel Defense Forces.

The Israeli military has since been placed on high alert.