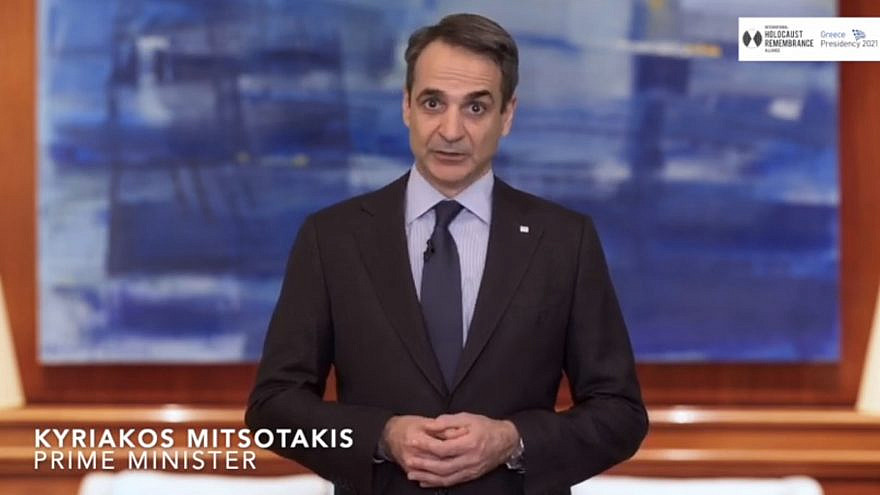 (April 5, 2021 / JNS) Greece has assumed the rotating presidency of the International Holocaust Remembrance Alliance for one year, taking over the position from Germany.

The Greek Foreign Ministry said in a statement that the country “is deeply committed to promoting the IHRA’s work, which is key to keeping the memory of the Holocaust alive.”

One of its goals is “teaching and learning about the Holocaust: Education for a world without genocide ever again.”

“In this context, a number of events will be held aiming to educate younger generations and society as a whole on what the Holocaust means so that it is never again repeated,” the statement said.

Founded in 1998, the IHRA has 34 member countries, as well as several liaison and observer states. The IHRA carries out internal projects; aims to influence public policy on Holocaust-related issues; and develops research focusing on lesser-known aspects of the Holocaust. In 2016, the IHRA adopted the Working Definition of Antisemitism, which has since been adopted by a number of dozens of countries, political institutions, colleges and other organizations throughout the world.

Of late, the definition has also come under criticism by left-wing organizations and academics who contend that it can be used to stifle free speech related to criticism of Israeli government actions and policies. As a result, progressive groups have issued alternative definitions such as the Jerusalem Declaration, and the Nexus Task Force on Israel and Antisemitism.