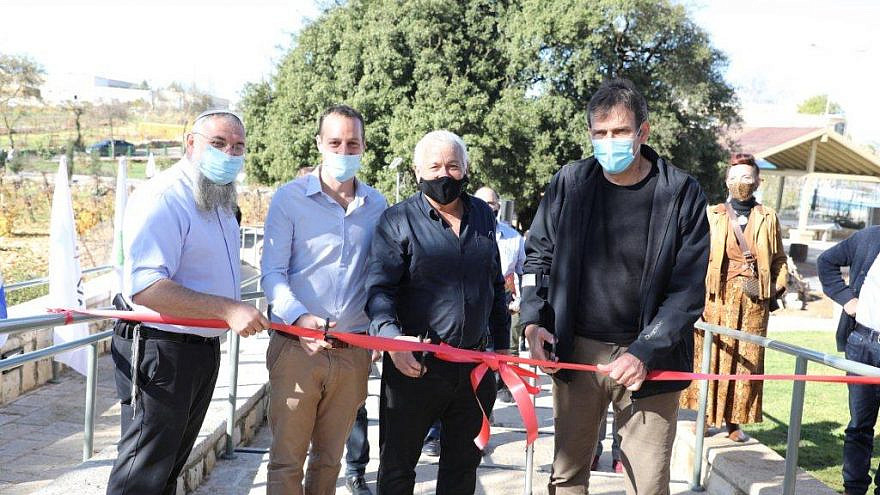 The Lone Oak, dating back 600 to 700 years, is the symbol of Gush Etzion. The renovations were carried out by the Gush Etzion Regional Council and the Gush Tourism Division, in partnership with the agriculture and rural development and tourism ministries.

“I am proud to be here,” said Schuster. “Gush Etzion stands as a solid rock, like a sturdy tree, in the heart of the nation. We are united in the belief that the character of the State of Israel will be tested not only in the Negev, but here as well.”

Halevi said the project would serve as an “anchor” for tourism in the Jerusalem region and praised Gush Etzion for its “professionalism in hosting events, developing infrastructure, entrepreneurship and lodging options near Jerusalem.”

Gush Etzion Regional Council Head Ne’eman, who marked his 30-year aliyah anniversary on Monday, noted that tourism and agriculture shared a connection in Gush Etzion tracing back to the “first tourists”—the Twelve Spies who reconnoitered the land ahead of the entry of the Children of Israel in the book of Numbers.

“As a testimony to the glory of the land, they brought back fruits from this region,” he said. “Farmers will testify that when you look at the top of a tree, you understand the depths of its roots. That is Gush Etzion and our Lone Oak: You glance far, see the view, and have in mind the roots,” said Ne’eman. “A tree whose roots are weak is also viewed accordingly. But the Lone Oak has strong roots—long and deep, which symbolizes the strength of Gush Etzion.”

“Being here in Gush Etzion, we are standing in the footsteps of our Patriarchs, a place where our ancestors and our kings and the Maccabees marched. This is where battles took place, which demonstrated Jewish heroism, which continues till this day,” he said. “We thank our partners in this project, and look forward to more and more visitors to Gush Etzion. This is our main mission: more and more Jews in Gush Etzion.”