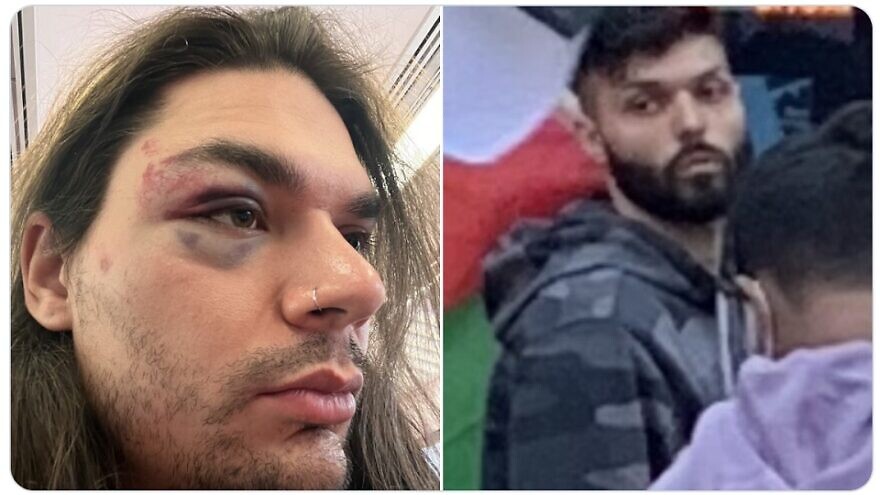 (July 1, 2022 / JNS) A Palestinian activist has been charged with a hate crime by federal prosecutors for attacking a Jewish man following a rally in April in New York City, the New York Post reported on Thursday.

Saadah Masoud of Brooklyn, N.Y., allegedly assaulted Matt Greenman because of his “actual and perceived religion” after a pro-Palestinian demonstration on April 20 in Midtown Manhattan, according to a newly unsealed criminal complaint filed by the Manhattan U.S. Attorney’s Office.

Greenman, 28, was at the rally as a counterprotester and had an Israeli flag draped around himself when he was attacked by Masoud. He previously said that Masoud and his friends “started to make a little circle and he got me from behind, got me on the ground and punched me in the face. I got this black eye. He kicked me in the face a whole bunch.”

The group Canary Mission had identified Masoud, a member of Within Our Lifetime, as the alleged assailant back in May. According to the organization, Masoud “has a history of violence and of physically assaulting Israel supporters.”

Greenman’s attorney, Gerard Filitti, said that by charging Masoud with a hate crime, “the U.S. Attorney’s office is sending a clear message that hate crimes targeting Jews have serious consequences.”

“In the face of the massive increase in anti-Semitic hate crimes we are seeing across the nation, and given the many failures by local officials to take meaningful action, this federal prosecution shows that the civil rights of the Jewish community are taken seriously and entitled to protection,” he added. “Justice for Matt Greenman is justice for the Jewish community.”

Court records showed that Masoud posted a $75,000 bond but was denied a request to attend a wedding in New Jersey, according to the New York Post.