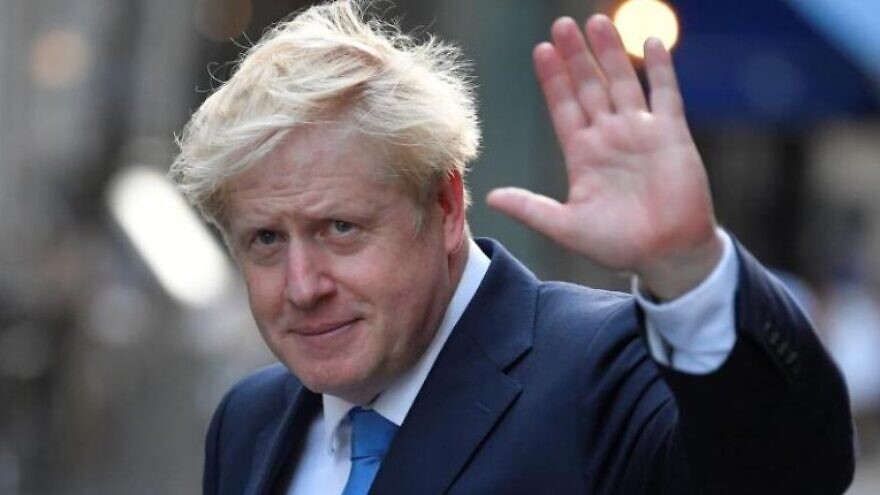 (July 8, 2022 / JNS) The British Jewish group Conservative Friends of Israel has thanked departing Prime Minister Boris Johnson for his steadfast support for Israel following his announcement that he will resign from his position.

CFI issued a statement on Thursday applauding Johnson, who announced his resignation earlier that day, for being “resolute in his support of the State of Israel and the U.K.’s Jewish community.”

“From announcing legislation to tackle pernicious boycotts of Israel to proscribing the Hamas terror group in its entirety, Boris Johnson has stood up for Israel at every turn,” proclaimed CFI’S parliamentary chairmen and directors. “The U.K.-Israel relationship is stronger than ever before and, under his leadership, the government has opposed anti-Semitism in all its forms and wherever it occurs.”

The Jewish group added that Johnson’s win over vocal anti-Semite Jeremy Corbyn of the Labour Party in the 2019 election was “a pivotal moment in our country’s history and for the U.K.’s Jewish community.”

StandWithUs executive director Michael Dickson similarly hailed Johnson’s support for Israel after the latter shared news of his resignation. Dickson said in a statement on Twitter: “Goodbye to Boris, who was a big supporter of strong U.K.-Israel relations, which have continued to grow and grow to the benefit of both nations, and I anticipate his successor, whoever he or she may be, will be, too.”

Johnson announced that he would be stepping down as prime minister on Thursday in a speech outside 10 Downing Street after more than 50 of his ministers quit, and lawmakers urged him to resign.

He added that he was “sad” to be giving up “the best job in the world,” noting he was “immensely proud of the achievements of this government,” which include finalizing Brexit, its handling of the coronavirus pandemic and the rollout of COVID-19 vaccines.