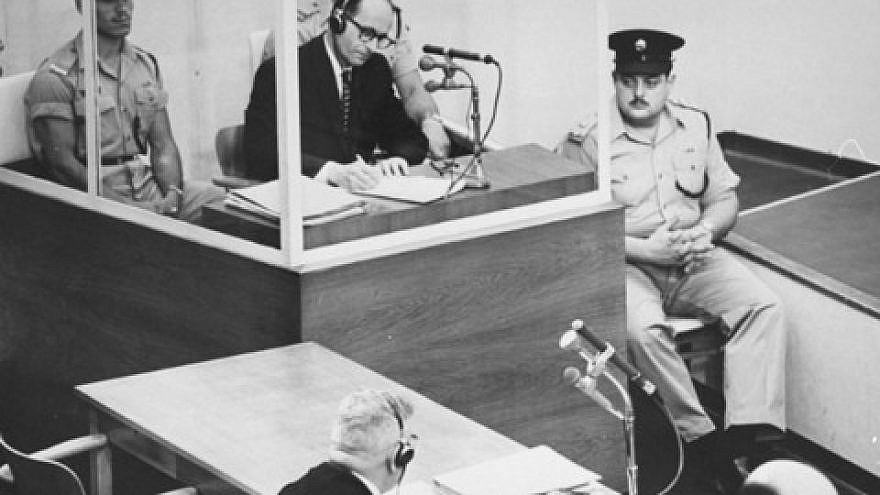 (December 7, 2022 / JNS) Aliza Goldman, a Holocaust survivor and translator who assisted in the translation of the historic trial of Nazi war criminal Adolf Eichmann, died on Dec. 6 at age 94.

She did translation work on other major events, such as the trial of Nazi collaborator John Demjanjuk, the peace treaty between Israel and Jordan, and the state inquiry into the assassination of former Israeli Prime Minister Yitzhak Rabin.

Born and raised in Serbia, she immigrated to Israel in 1950. In 1958, Goldman and her husband Yochanan founded Hever Translations — the first translation agency in Israel, which grew into the Jewish state’s leading transcription and translation company.

The Goldmans were hired by the Agranat Commission in 1973 to record and translate the investigation of failures in Israeli leadership leading up to the Yom Kippur War. Their translation agency was also chosen to accompany Pope Benedict XVI on his visit to Israel in 2009, as well as the visit by then-U.S. President Barack Obama in 2013.

Aliza’s grandson Uri Goldman was quoted in Ynet recalling how the Eichmann trial was emotional for his grandmother, herself a Holocaust survivor, yet she was able to maintain her professionalism and help translate the testimony into several languages.