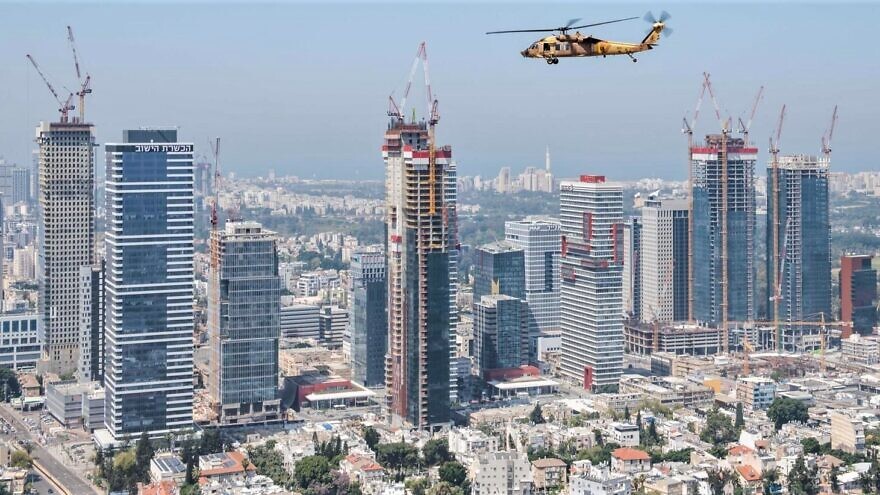 “In this complex period, it is important for us to strengthen your hand, residents of the State of Israel. This flyover is a signal of our appreciation,” Brig. Gen. Guy Davidson, commander of the Hatzerim Air Force Base, said on Sunday ahead of the flyover.

“From here, from Hatzerim Base, three F-15Is will take off from the 69th Squadron, three F-16I from the 107th Squadron and three M-436 training aircraft from the 102nd Squadron,” he stated.

According to the Israel Defense Forces spokesperson, the flyover took place between 10:30 a.m. to 1:30 p.m. with a range of aircraft flying over tens of cities and major national sites—from northern Israel to Eilat. 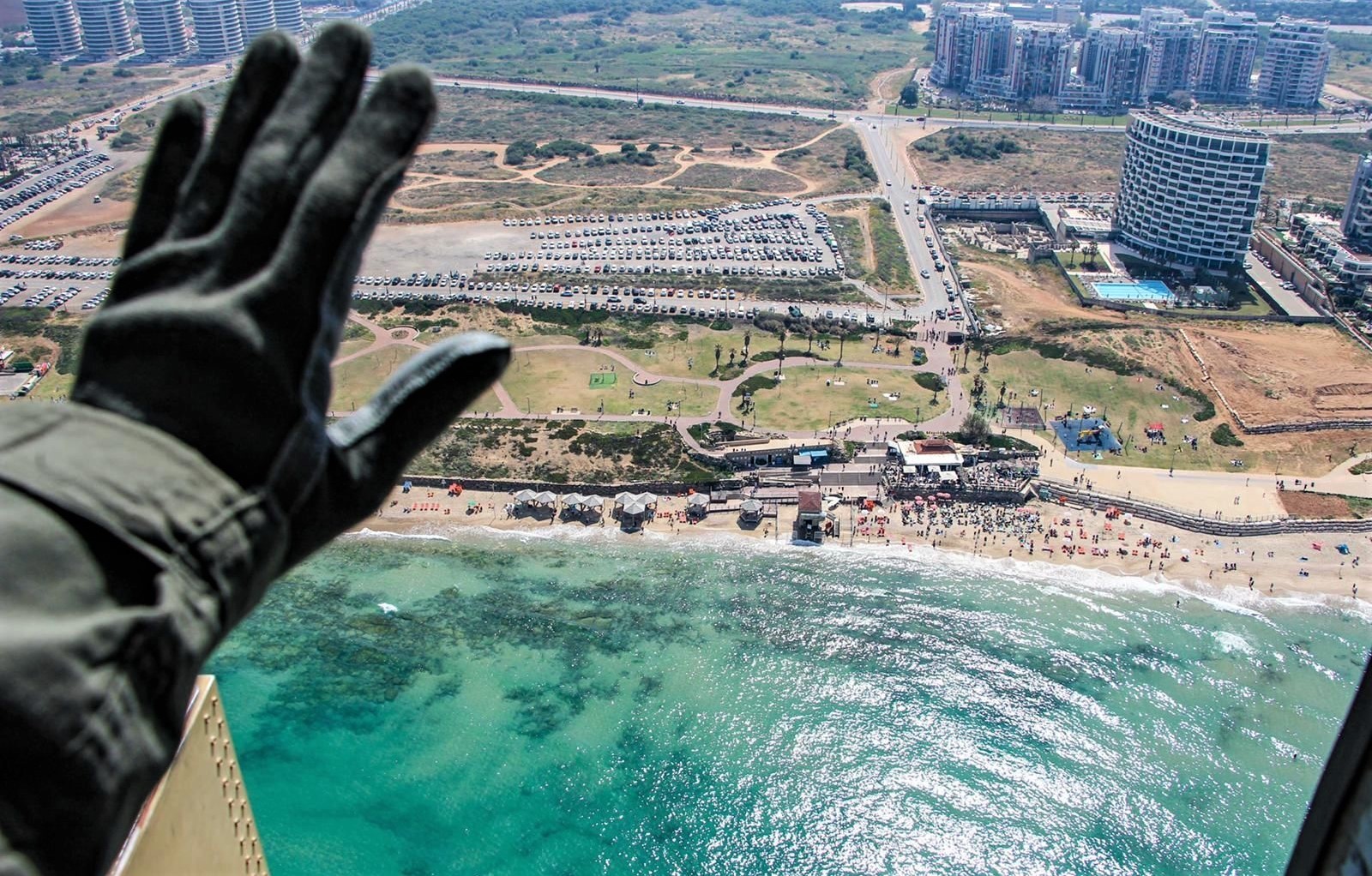 For the first time, the Israel Aerospace Industries-made Heron UAV took part, as well as Israel Police and Fire Service aircraft, to mark the cooperation between different branches of the security forces.

Meanwhile, the Israeli Navy held a special sail-by along the Eilat coast featuring a range of naval and police vessels.

A number of IDF bases opened their gates to the general public on Thursday, an Independence Day tradition that had been absent for the past two years due to the coronavirus pandemic.

The IAF also released an application for Israeli citizens that allowed them to track the flyover’s routes and the real-time location of the aircraft on a map.