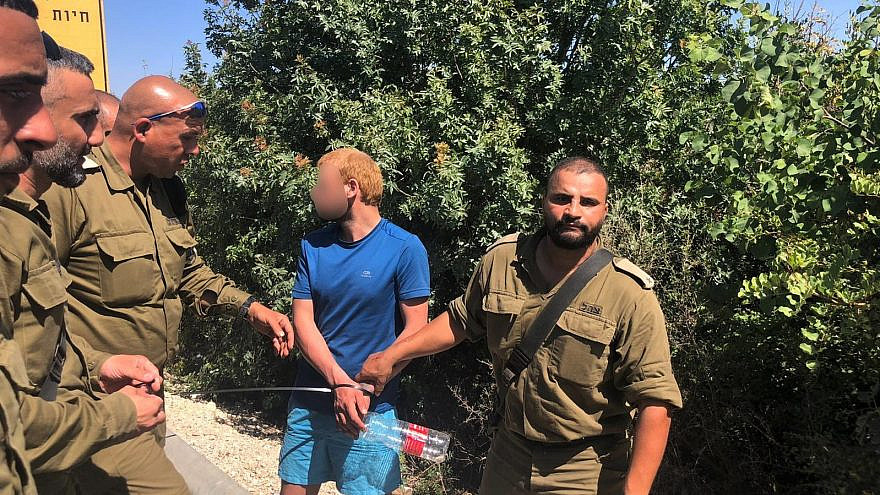 Israel Defense Forces with one of two suspects who crossed into northern Israel after they breached the Lebanese-Israeli border fence on June 7, 2021. Credit: IDF.
Spread the word.
Help JNS grow!
Share now:

The IDF said in a statement that after an extensive pursuit undertaken by the military and the Israel Police, which included blocking off areas and roads, soldiers found the  suspects in a “vegetated area near the fence” and that they were “transferred to the security forces for further questioning.”

The suspects are believed to be illegal migrant workers.

Local residents reported the firing of flares in the border area during the overnight searches.

Last week, IDF observation troops intercepted an attempt to smuggle narcotics and firearms into Israel from Lebanon, near the small Israeli community of Mattat. The suspects were caught with 15 firearms, 36 kilograms of drugs and dozens of cartridges, all worth around 2 million shekels (about $615,000), according to the military.

“The IDF is assessing whether the smuggling attempt was carried out with the assistance of the Hezbollah terror organization,” the military said in a statement following the incident.