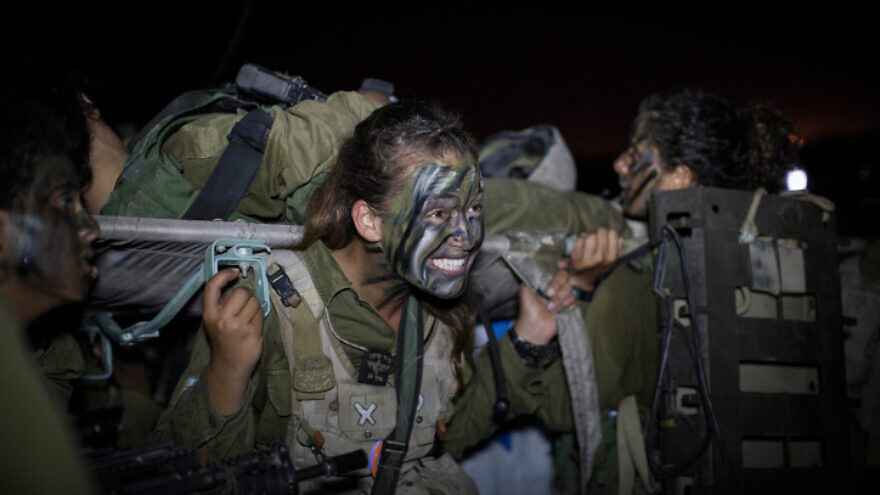 Soldiers in the Paran Brigade's Caracal Battalion carry a comrade on a stretcher towards the end of a 16 km. overnight hike to complete their basic training, in Tel Nitzan, near the border with Egypt, Sept. 3, 2014. Photo by Hadas Parush/Flash90.
Spread the word.
Help JNS grow!
Share now:

(December 7, 2022 / JNS) The Israel Defense Forces announced on Wednesday the foiling of an attempt to smuggle approximately 6 million shekels ($1.75 million) worth of drugs from Egypt into Israel.

Soldiers from the Paran Regional Brigade, which secures the border with Sinai, spotted a number of suspects attempting to smuggle drugs into Israel, according to the IDF Spokesperson’s Unit.

“IDF soldiers were dispatched to the scene and thwarted the smuggling attempt. The soldiers confiscated 140 kg. of drugs, estimated at approximately 6 million shekels,” said the military.

The drugs were handed over to the Israel Police, it added.

Some 200 drug runs from Egypt into Israel were thwarted or disrupted in 2021. So far this year the number has surpassed 500, according to a security official.

In 2021, some 300 million shekels ($88 million) worth of drugs passed through the border illegally.