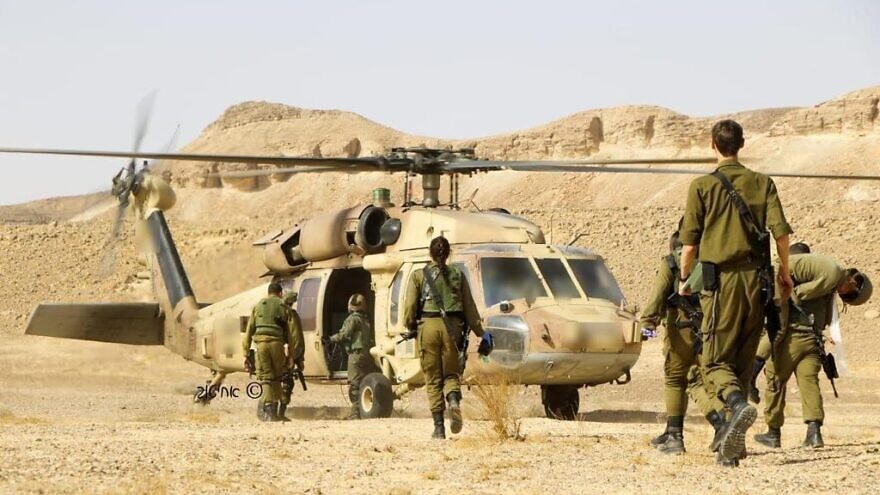 (December 5, 2022 / JNS) The Israel Defense Force’s Paran territorial defense brigade is in charge of defending 170 kilometers of the Israeli-Egyptian border and large sections of the Negev desert. As such, dealing with the constant efforts of narcotics smugglers from both Egypt and Israel to push drugs across the border is an inevitable part of its duties.

The brigade includes two co-ed infantry battalions that specialize in protecting the Egyptian border against terrorism and drug smuggling—the Caracal (Wildcat) and Bardelas (Cheetah) battalions. A new battalion is due to join the brigade as well.

The brigade has two main tasks: Training its battalions, and activating them during routine duties and emergencies.

The brigade faces four central challenges in the Negev and along the border, according to a senior security official. 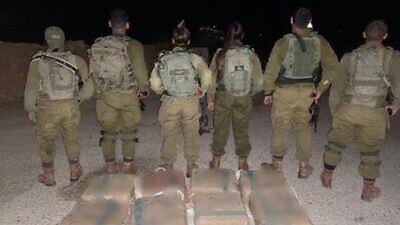 One of those challenges is the ongoing attempts by smugglers in Egypt and Israel to move large quantities of drugs from Sinai into Israel.

“This is a serious problem. Crime organizations make a lot of money from these activities, which they use to purchase weapons. Twenty-five kilograms of drugs can fetch a million shekels [around $300,000] in some cases,” the source told JNS.

To better deal with this challenge, the brigade set up a joint operations center in Beersheva, where it works with the Israel Police, the Israel Air Force and others to coordinate security operations.

“When a smuggling ring appears, we move our battalions into place to thwart it,” the source said.

The result of this pooling together of effort has been a dramatic rise in the number of drug smuggling runs that end in failure.

While there were some 200 drug runs thwarted and disrupted in 2021, this year the number has surpassed 500, of which 450 consisted of disrupting smuggling efforts and 63 were foiled efforts.

The difference between disruption and foiling is that in the former, smugglers reach the border in Egypt, and their counterparts in Israel also arrive, often on all-terrain vehicles, before encountering an IDF presence causing them to flee.

A foiled effort involves security forces seizing the narcotics and vehicles involved in the attempt, and arresting smugglers on the Israeli side.

Smugglers on the Israeli side do not arrive at the border armed, to avoid being targeted by the IDF, and often pretend to be civilians wandering in the area. On the Egyptian side, things are more precarious, with the Bedouin smugglers often arriving armed and sometimes opening fire in order to try to remove Egyptian security forces from their path to the border.

Such smugglers are often careful to avoid shooting at the IDF due to their awareness of the Israeli military’s return-fire capabilities.

“I’ve never seen them open fire on the IDF. Ultimately, it’s about economics. They’d rather not fire on anyone and get their money,” said the source.

In 201, some 300 million shekels ($88 million) worth of drugs passed through the border illegally; that figure is due to drop dramatically this year. 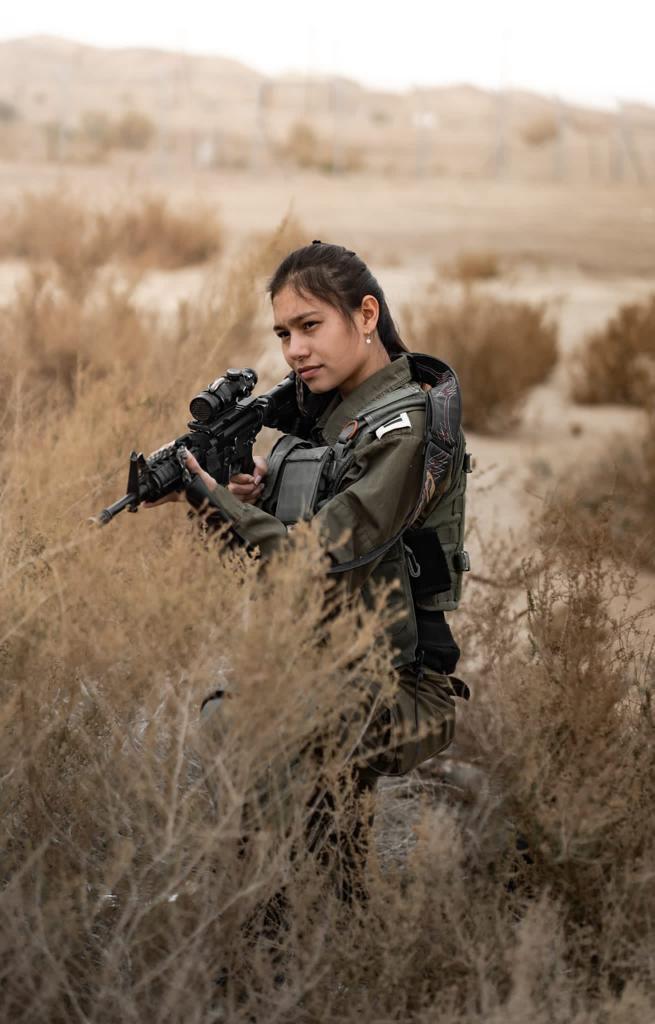 The source explained that the same level of readiness and rapid response is directed at every attempt to disturb security or cross the border. “The vast majority of incidents are criminal, but we have to be on guard all of the time. We invest the same level of intelligence into dealing with all incidents,” he said.

The second closely linked challenge is the use of desert military fire zones to hide cannabis drug farms, the source said, while the third challenge is agricultural crime.

To address these issues, the Paran Brigade together with other security services launched an operation called Magen Hanegev, or Defender of the Negev, in order to help restore state sovereignty in the area.

One of the operation’s goals is to go after criminal organizations that have eroded state sovereignty in areas of the Negev.

The Israel Police and the Israel Security Agency (Shin Bet) lead the crime-fighting effort, with the IDF involved as necessary. The Israel Nature and Parks Authority and the Border Police are also involved.

“The synergy produces a ‘combat group’ that can complete tasks in new ways,” said the source.

This has led to a record number of drug farms being destroyed, with information-sharing between organizations about their location optimized in new ways.

The effort has seen the clearance of IDF fire zones, which comprise huge areas in the Negev and where thousands of cannabis farms and other drug activities have been located.

The Paran Brigade includes Bedouin trackers among its personnel. Like other units in the IDF Southern Command, the Brigade works with youths in Bedouin schools to encourage them to join the IDF, and sends trackers to schools to act as role models, counteract high dropout rates, and offer an alternative horizon.

The fourth challenge on the brigade’s agenda consists of its remaining core task of defending the Egyptian border against terrorist attacks, primarily from ISIS in Sinai.

While jihadist forces remain active in Sinai, at this time they are targeting Egyptian security forces and members of Sinai Bedouin tribes who joined forces with the Egyptian state against them, and not Israel.

The Paran Brigade is continually exercising its ability to deal with such threats, including a large-scale combat drill completed in November.

“As soon as we receive information that someone is challenging the security of Israel or the IDF, we will strike with force and make them regret their decision,” said the source. “We are prepared for this threat 24 hours a day, seven days a week.”