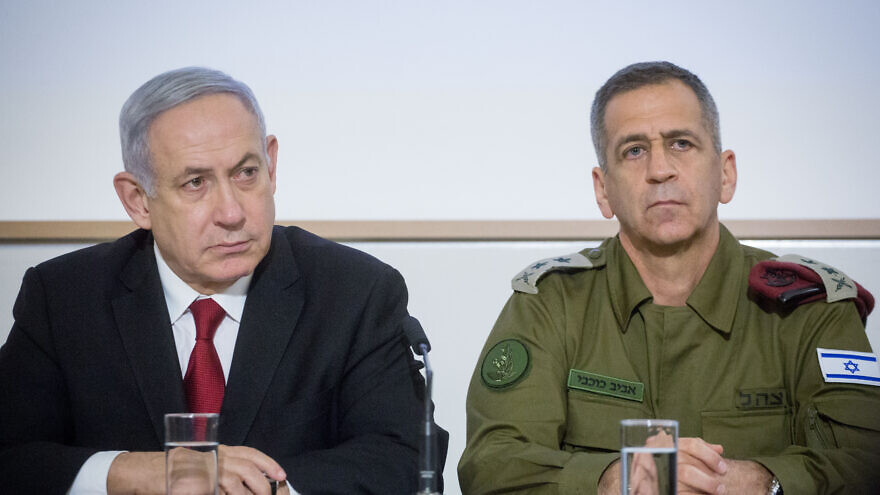 (December 27, 2022 / JNS) Israel Defense Forces Chief of Staff Lt. Gen. Aviv Kochavi, according to reports that emerged on Monday, made an unusual phone call to Prime Minister-designate Benjamin Netanyahu on Thursday, asking that he be allowed to express his professional view of planned changes to the way security forces operate in Judea and Samaria.

Kochavi reportedly asked about the incoming government coalition’s plans to allocate new authorities to designated National Security Minister Itamar Ben-Gvir over Border Police forces in Judea and Samaria and about the distribution of authorities over the IDF Civil Administration and the Defense Ministry’s Unit for Coordination of Government Activities in the Territories to designated Finance Minister Bezalel Smotrich.

Netanyahu reportedly replied that the IDF’s professional stance would be heard before any decision is taken on these issues.

Kochavi also reportedly expressed “deep concern” over what he described as verbal attacks on the military and its officers.

Netanyahu’s office said it would not comment on the report, while the IDF Spokesperson’s Unit said it did not initiate publication of the phone call’s existence and denied links to quotes featured in the report.

The Spokesperson’s Unit confirmed that Kochavi spoke to Netanyahu by phone following reports of planned legislation related to the IDF.