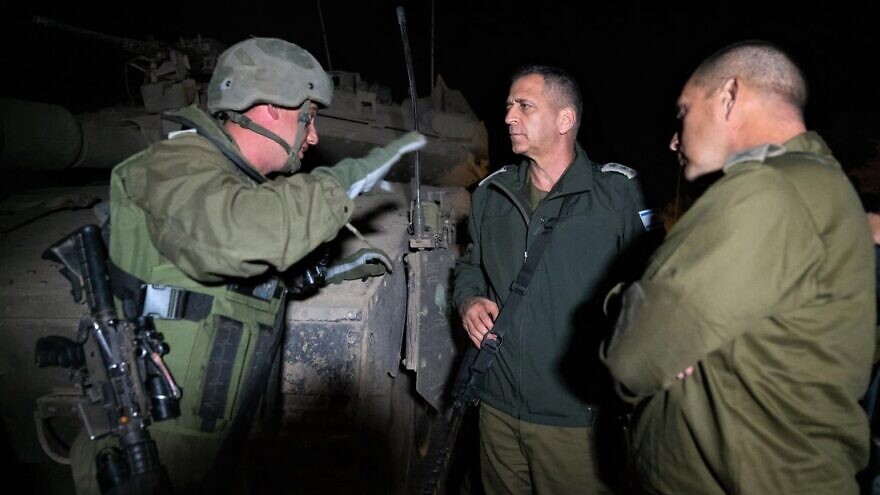 The IDF said in a statement on Tuesday that Kochavi met with Col. Nadav Lotan, commander of the 162 Armored Division, dubbed the “Steel Formation”; Col. Oren Simha, commander of the Nahal Brigade; and other battalion commanders during the nighttime instruction.

“The brigade exercise is intensive and advanced, simulating various combat scenarios,” the military stated. “In its essence, [it simulates] a maneuver to the depth of enemy territory in a northern outline and fully utilizing all of the IDF’s capabilities through the combination of firepower, air, intelligence, intelligence collection and teleprocessing,” it added.

The goal was to train infantry soldiers to handle combat scenarios most predicted by the military and to engage enemy forces while sharpening operational skills.