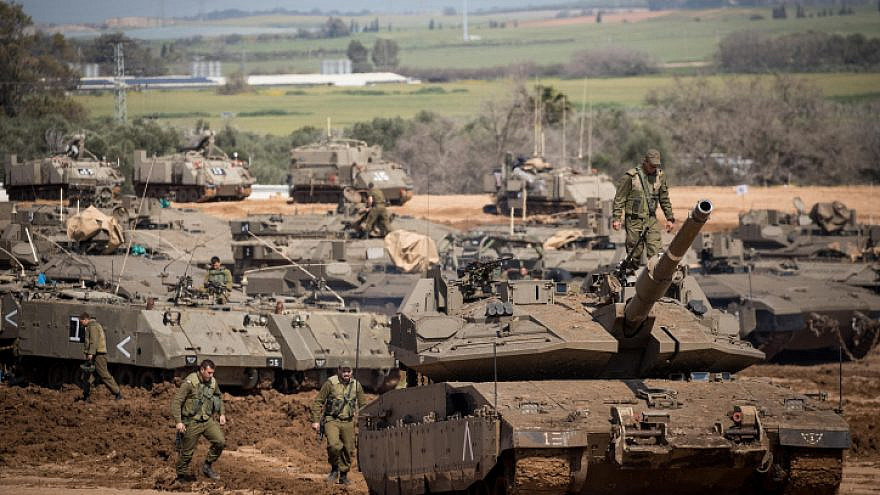 (January 20, 2021 / JNS) Israeli tanks struck Hamas military positions in the Gaza Strip on Wednesday in response to the firing of a rocket into Israeli territory on Tuesday night, the Israeli military said in a statement.

The rocket, the third fired into Israel since Sunday, came down in open territory near Kibbutz Nahal Oz on the Gaza border, according to Channel 12.

On Monday, IDF fighter jets struck “tunnel-digging workshops” in Gaza in response to a pair of rockets fired at Ashdod on Sunday night, according to the military.

No casualties or damage have been reported from any of the attacks. The rockets fired at Ashdod landed in the sea.

Though it is not clear which Palestinian terror group fired the rockets, the IDF reiterated its position that “Hamas bears responsibility for what goes on in and comes out of the Gaza Strip.”

The recent rocket attacks come less than a month after Hamas and Palestinian Islamic Jihad conducted a large-scale “military” drill involving 12 armed groups in Gaza, among them the Popular Front for the Liberation of Palestine and Fatah.