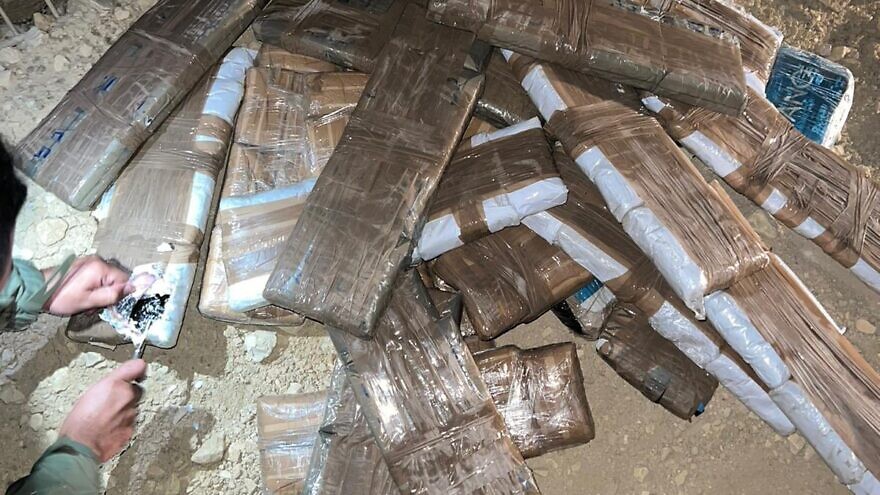 (November 21, 2021 / JNS) Israeli forces on Saturday seized narcotics worth tens of millions of shekels on the Egyptian border, the Israeli military reported.

Military spotters identified a number of suspicious individuals along the border on Saturday night, the army said in a statement. The troops scrambled to the scene seized some 120 kilograms of cocaine and marijuana.

It was the second major drug bust by the Israel Defense Forces in as many days.

On Friday, Israeli forces spotted a suspicious individual near Metula in northern Israel. The suspect managed to flee, but the troops seized 41 packages of narcotics, as well as a store of ammunition, worth hundreds of thousands of shekels, according to the IDF.

Confiscated drugs and ammunition seized by the IDF on the Lebanon border, Nov. 20, 2021 (IDF Spokesperson’s Unit)

All of the seized material was handed over to the Israel Police. IDF and police forces are still searching for the suspect.

On Nov. 11, Israeli security forces thwarted an attempt to smuggle weapons across the border from Jordan. One suspect was apprehended and 15 weapons were seized, the IDF said in a statement at the times.