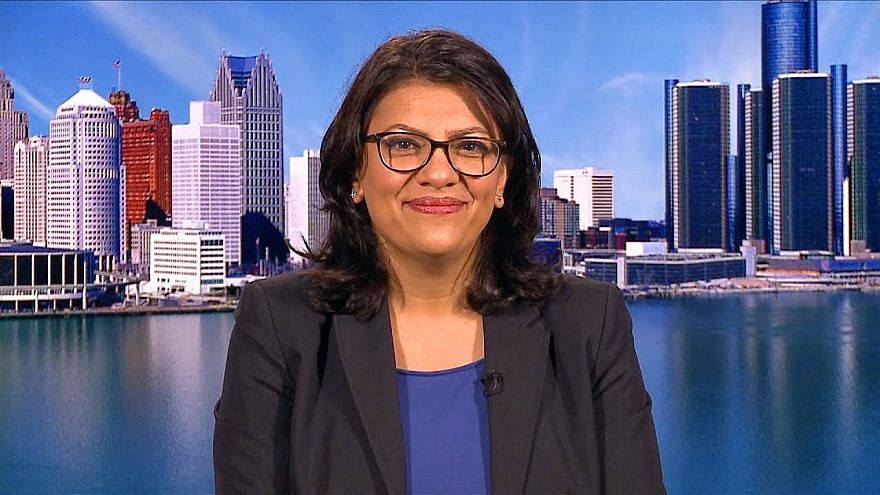 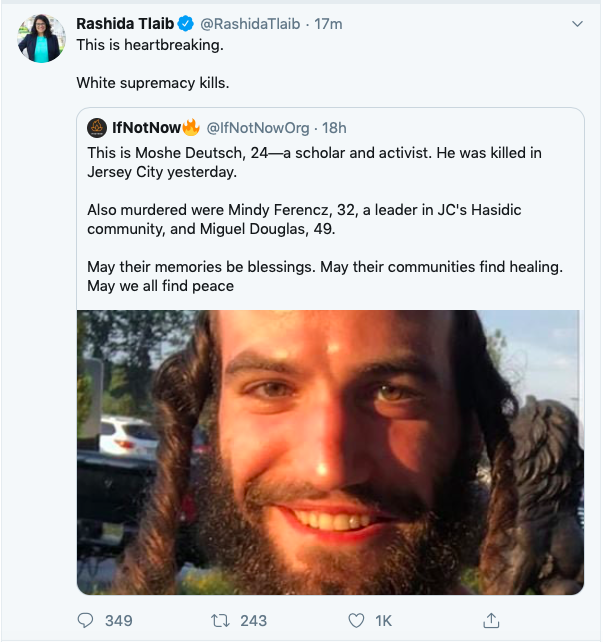 Rep. Rashida Tlaib (D-Mich.) retweeted a post on Thursday by the anti-Israel group IfNotNow, expressing condolences for the three civilians killed in Tuesday’s shooting at the JC Kosher Supermarket in Jersey City, in which the congresswoman falsely blamed white supremacy behind the tragedy. Source: Screenshot.

Tlaib initiallly shared a tweet mourning the victims from IfNotNow, adding “This is heartbreaking. White supremacy kills.” The controversial congresswoman then deleted the tweet, apparently after realizing the identities of the perpetrators.

The two suspects in the shooting, who were killed during the rampage at the grocery, also shot dead Jersey City Police Det. Joseph Seals, a 39-year-old father of five. One of the two suspects in the killing at the kosher supermarket was linked to the anti-Semitic Black Hebrew Israelite movement.

According to a report on the shooting in the New York Post, “the group believes they are the true descendants of the ancient Israelites, are known to vilify white and Jewish people and are considered a black supremacist group by the Southern Poverty Law Center.”

The group labels the Jews “the bastards that funded the slave trade,” according to the Anti-Defamation League.

Tlaib’s congressional office did not respond to a request for comment.