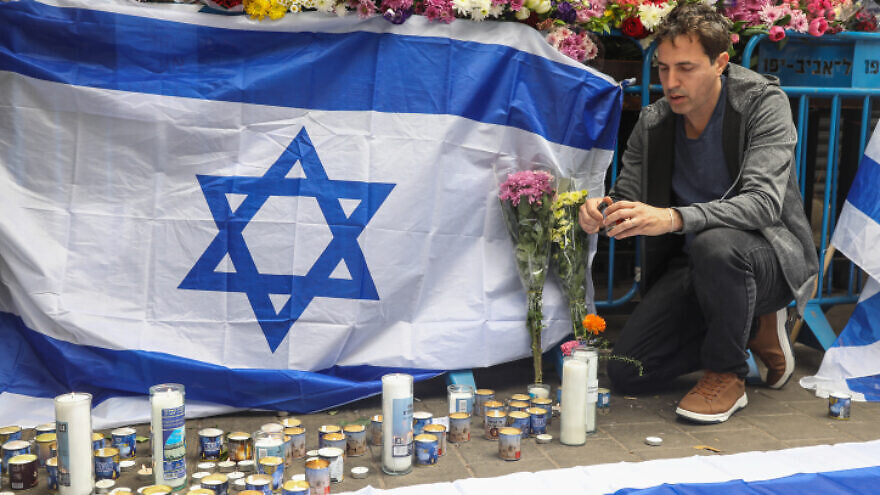 (April 11, 2022 / JNS) Participants at an interfaith event, co-hosted by the American Muslim and Multifaith Women’s Empowerment Council, the Mukhayriq Initiative and the Combat Antisemitism Movement (CAM), spoke out against the Arab terrorist attacks in Israel that have claimed 14 lives in recent days.

“At this interfaith Iftar, let us be the light and condemn today’s attacks on Jewish people in Israel,” said one of the organizers, Anila Ali, of the American Muslim and Multifaith Women’s Empowerment Council.

Religious leaders, politicians and civil-rights activists gathered to break bread and show interfaith solidarity during the month of Ramadan.

Hundreds of North American families tuned in to the event to watch nine faith leaders from seven religions, two Congress members and a senator share their condemnations and messages of peace with the Muslim community.

“We are extremely alarmed by recent events targeting the Jewish and Muslim communities. Islamophobia and anti-Semitism have no place in Maryland and the United States,” Sen. Ben Cardin (D-Md.) said at the event, which saw representatives from the Muslim, Jewish, Christian, Sikh, Hindu, Zoroastrian and Baháʼí faiths.

“We must work together to stamp out hatred against all people. I wish you an abundance of blessings,” said Rep. Ted Deutch (D-Fla.).

Ellie Cohanim, the former U.S. Deputy Special Envoy to Monitor and Combat Anti-Semitism, said: “May we all open up our homes and hearts to people who look different and pray differently. Let the other be the other no more.” She is now involved with the Mukhayriq Initiative, a new effort to boost Muslim-Jewish relations.

Of the gathering, Sacha Roytman Dratwa, CEO of CAM, noted that “especially now, as the people of Israel mourn for those murdered by terrorists, it is so important to hear from Muslim leaders a condemnation and strong sense of solidarity. I believe that religion has the power to be a force for good and unity, and religious leaders are saying that murder, terror and bloodshed have to end.”

U.N Special Rapporteur on freedom of religion Ahmed Shaheed sent a special message to the participants, praising the event and saying “Ramadan is a time to be conscious of others, their needs and wants, and reach out to them, in solidarity, fraternity and support.”