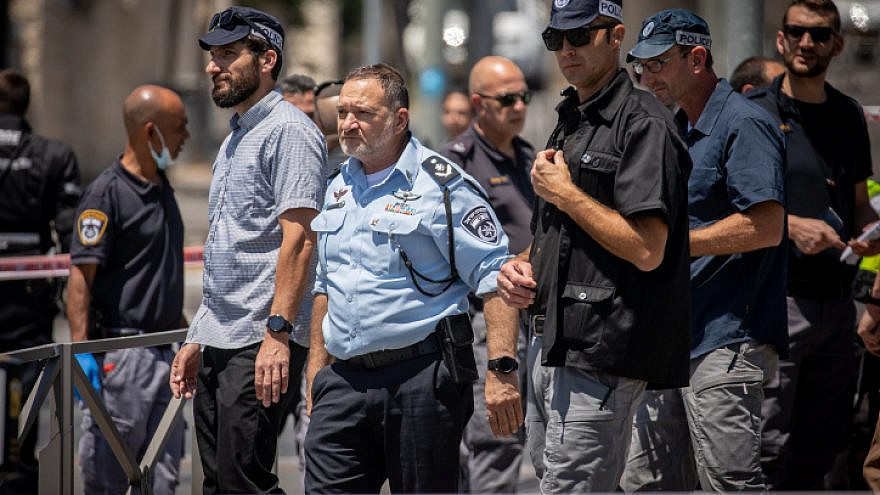 Israel Police Chief Kobi Shabtai arrives at the scene of a suspected terror attack near Ammunition Hill in Jerusalem on May 24, 2021. Photo by Yonatan Sindel/Flash90.
Spread the word.
Help JNS grow!
Share now:

(May 25, 2021 / JNS) Seventy-four people were arrested in the first 24 hours after Israel Police launched a nationwide crackdown on Sunday in the wake of the violent riots that have rocked the country in recent days, particularly in cities with mixed Arab-Jewish populations.

The suspects were arrested for disorderly conduct, weapons possession and assaulting police officers.

Thousands of officers from all units and in all districts have been deployed as part of the initiative, dubbed “Operation Law and Order.”

According to the Israel Police, it is a “direct continuation” of law-enforcement activity over the past two weeks, during which more than 1,550 arrests were made and some 150 indictments filed (some with a large number of defendants).

“Lawbreakers should know that the long arm of the police will reach anyone who chooses the path of violence,” the police said in a statement.