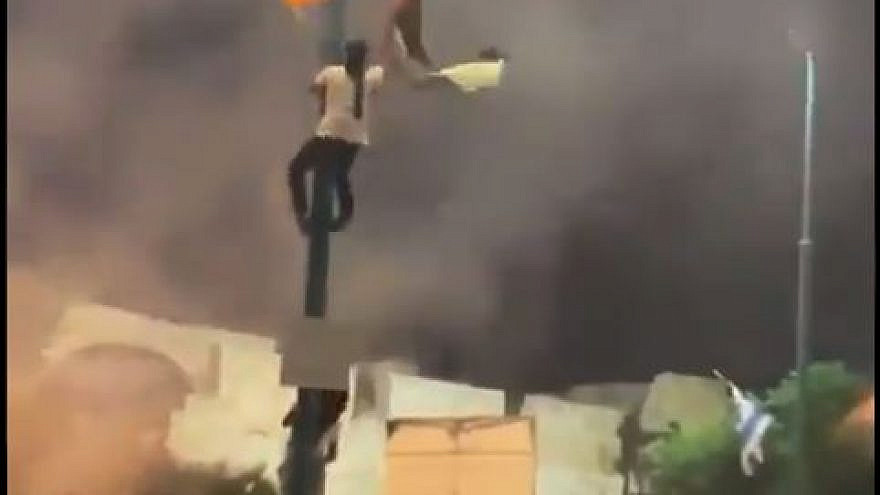 An Arab-Israeli Lod resident climbs up a pole to replace an Israeli flag with a Palestinian one, May 10, 2021. Source: Twitter/Screenshot.
Spread the word.
Help JNS grow!
Share now:

(May 11, 2021 / JNS) Arab Israelis took to the streets of Lod and neighboring Ramle in the center of the country on Monday night, hurling rocks and firebombs and setting fires to trash cans, tires, a synagogue and a pre-military academy.

“Lod is burning,” an Israeli police official said of the riots, held in solidarity with the recent anti-Israel uprising of eastern Jerusalem residents and Hamas rocket barrages from Gaza, according to Ynet.

The news site also said that rioters replaced Israeli flags in the two cities with Palestinian ones and that at least 16 were arrested.

Police are investigating whether the death of 33-year-old Musa Malakh Hassuna, a Lod resident shot and killed in the city on Monday night, was connected to the riots.