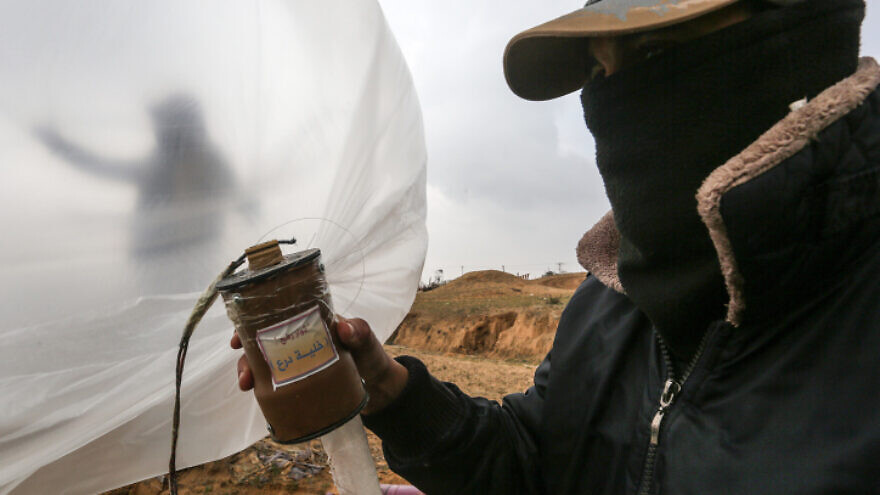 Palestinians prepare a flammable object to be flown towards Israel, near the border with the Gaza Strip, on Jan. 18, 2020. Photo by Abed Rahim Khatib/Flash90.
Spread the word.
Help JNS grow!
Share now:

(January 21, 2020 / JNS) Ahead of the Fifth World Holocaust Forum this week in Jerusalem, Israel has sent Hamas a warning that it will respond immediately and with force if the terrorist organization attempts to undermine the forum, which will be attended by dozens of world leaders.

Hamas is believed to be responsible for the explosives-laden balloons that were launched into Israel from the Gaza Strip last week, according to the report.

Israeli President Reuven Rivlin and the Yad Vashem Holocaust memorial and museum are set to host more than 40 world leaders at the Jan. 23 event. Titled “Remembering the Holocaust: Fighting Antisemitism,” it will commemorate 75 years since the 1945 liberation of the Auschwitz-Birkenau concentration camp.

Thousands of police officers, security forces and members of Israel’s Shin Bet security agency were deployed across the capital on Tuesday to secure the leaders’ visit, according to the report.