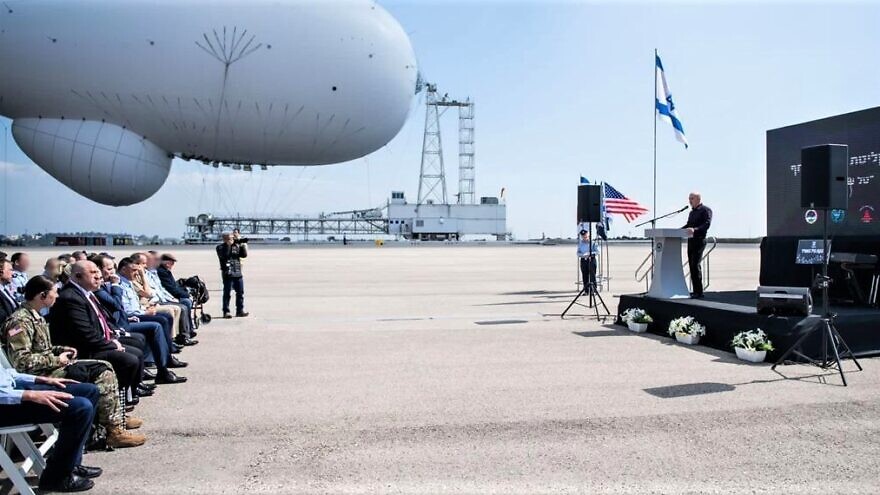 The IDF said in a statement that the IAI radar “is an airborne system on one of the world’s largest aerostats. [It] will enable advanced detection and warning of various threats and will be an additional element in generating a full picture of air control for the defense of Israeli airspace. The system was developed through a cooperative program between IMDO and the U.S. Missile Defense Agency (MDA). The High Availability Aerostat System (HAAS) was developed and manufactured by TCOM, a U.S. company; ELTA an Israel Aircraft Industry (IAI) subsidiary developed an advanced radar system.”

In related news, Israeli Defense Minister Benny Gantz held a farewell flight with Norkin, who is due to complete his five-year term as air force chief in April, in an F-15 on Wednesday. During the event, Gantz thanked Norkin for “tens of years of professional, brave and creative service,” according to a statement released by Gantz’s office.