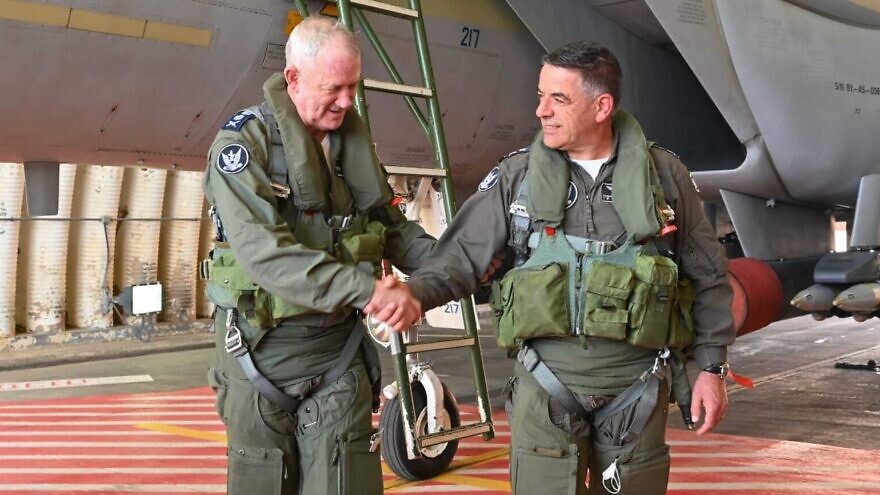 (March 24, 2022 / JNS) Israeli Defense Minister Benny Gantz held a farewell flight together with Israeli Air Force Commander Maj. Gen. Amikam Norkin in an F-15 on Wednesday. During the event, Gantz thanked Norkin for “tens of years of professional, brave and creative service,” according to a statement released by Gantz’s office on Thursday.

Norkin is due to complete his five-year term as air force chief in April. The term was extended by one year due to unusual challenges facing the air force.

“This was a tenure without sleep and many long, distant operations far from the country’s borders,” Channel 22 reported in February, summarizing Norkin’s time at the helm of the IAF.

Norkin began his service in 1988 when he flew F-15s out of Tel Nof Airbase, south of Tel Aviv.

He is set to complete “one of the most complex, challenging and important roles in Israel, as the air force is the long branch, the insurance policy and the backbone of the Israel Defense Forces,” noted the report.