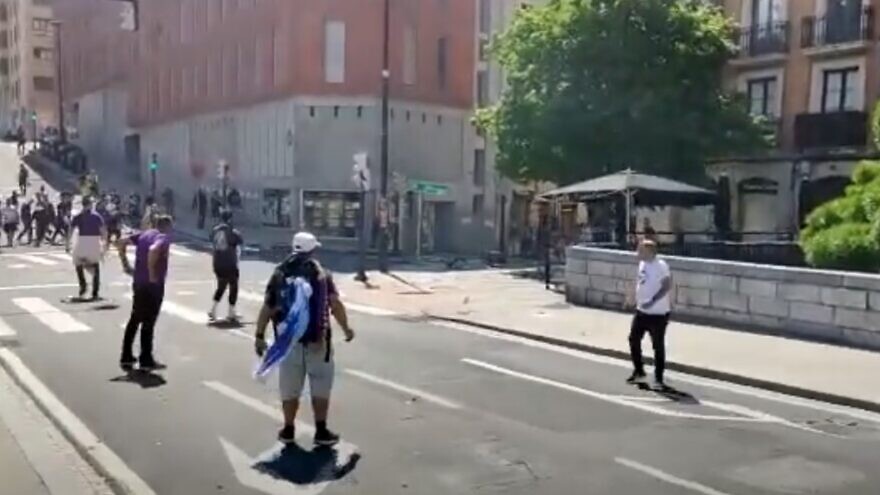 (May 10, 2022 / JNS) A group of Israeli basketball fans was attacked in the Spanish city of Bilbao on Sunday by pro-Palestinians, according to Israeli media reports.

The Israelis, supporters of Hapoel U-Net Holon, were in Spain for the team’s FIBA Basketball Champions League game against Germany’s MHP Riesen Ludwigsburg.

Hapoel supporter Boaz Yitzhaki told Ynet the Israeli group had been “ambushed” while on the way to the stadium.

“We marched to the stadium together. Suddenly, a group of pro-Palestinians started throwing objects at us from a bar decorated with a Palestinian flag,” he said.

“They threw chairs, glasses and bottles at us. We had families and children with us. It was a very, very scary incident,” said Yitzhaki, who added that police stationed nearby were slow to react.

“For several days now, Israeli fans who have come to a sporting event have been suffering from anti-Semitism by pro-Palestinian elements in Bilbao,” he said, according to the report.