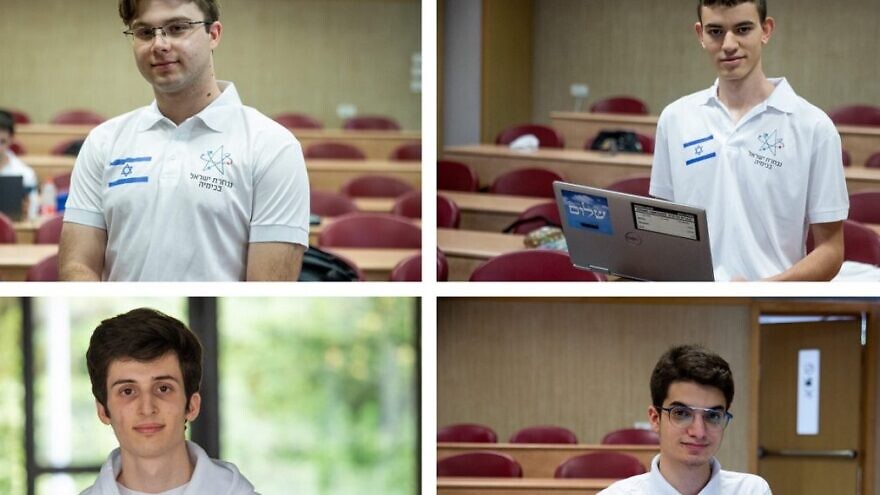 (August 4, 2020 / JNS) A member of the Israeli delegation to the 52nd International Chemistry Olympiad (IChO), held this year in Istanbul, became the first Israeli competitor in a decade to win a gold medal at the prestigious event.

Israel’s young chemistry whizzes competed against 240 youths from 60 nations, including Iran and Syria. Because of the coronavirus pandemic, this year’s IChO was held via Zoom.

Roi Peer, 18, of Gan Haim scored a total of 90.35, qualifying him for the gold medal. He finished 26th in the competition rankings.

Prior to the competition, he said, “Last year, I won a silver medal, and I won bronze the year before that. It’s been a weird year because of coronavirus, mostly because the competition will take place on Zoom, and that kind of lowers your motivation.”

After securing a gold medal, he said, “when they called my name, it was exciting. After three years in the competition, I found that the work paid off.”

Peer’s teammates, Ron Shprints and Bar Sheffer, both earned silver medals, with scores of 83.31 and 81.80, respectively.

The Education Ministry and the Maimonides Fund’s Future Scientists Center oversaw the team’s training. Education Minister Yoav Gallant congratulated the team, saying, “We will support training for Israeli teams in scientific fields in 2021, as well.”