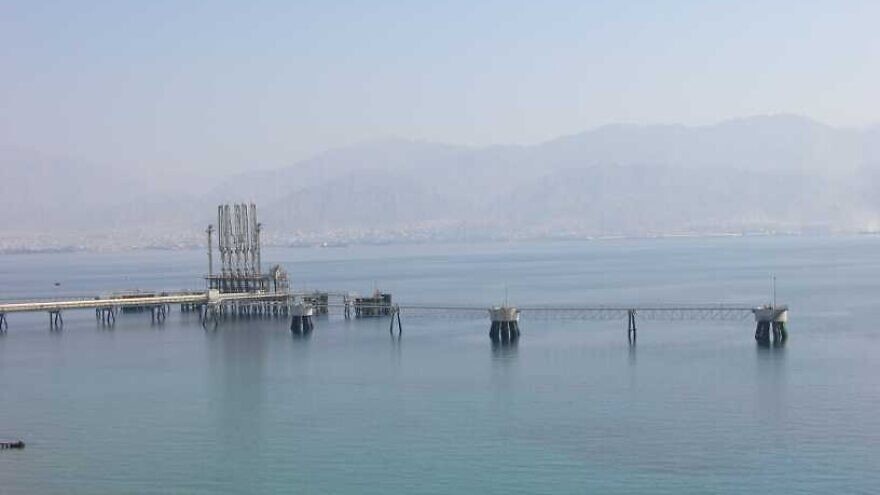 (October 20, 2020 / JNS) Israel’s state-owned Eilat Ashkelon Pipeline Company (EAPC) announced on Tuesday that it had signed a preliminary binding Memorandum of Understanding (MOU) to transport oil from the United Arab Emirates to Europe via a pipeline that connects the Red Sea city of Eilat to Ashkelon on the Mediterranean Sea, Reuters reported.

According to the report, EAPC said that it had signed the agreement on Monday in Abu Dhabi with MED-RED Land Bridge—a jointly owned Israeli-Emirati company—in the presence of U.S. Treasury Secretary Steven Mnuchin.

The plan is to transport oil from other countries as well and avoid crossing the Suez Canal—something that could provide Asia buyers speedier access to the resource, the report noted.

“MED-RED is in advanced negotiations with major players in the West and in the East for long-term service agreements,” said EAPC.

A source familiar with the deal told Reuters that if it is finalized, it could be worth $700 to $800 million over several years, and that it could begin as soon as 2021.

This is among the many agreements being forged between Israel and the UAE, in the wake of the two countries’ signing of the U.S.-brokered Abraham Accords at the White House on Sept. 15.