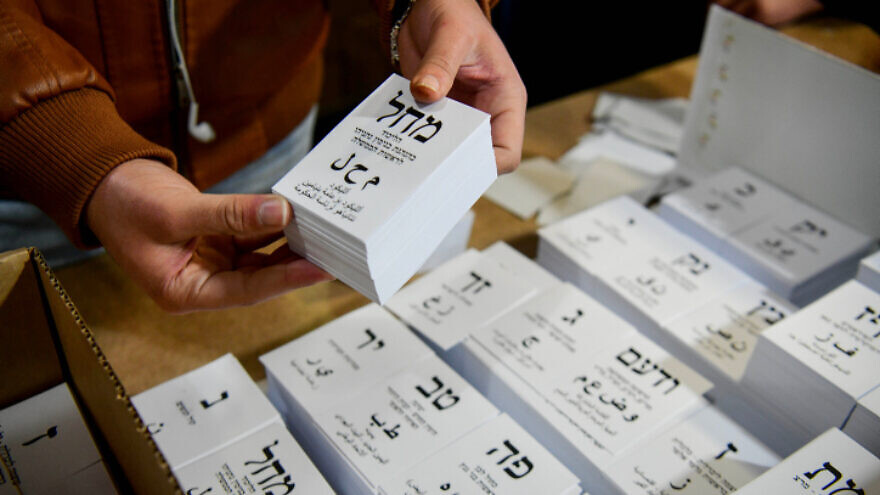 The first vote was cast by Israel’s ambassador in Wellington, New Zealand, on Wednesday morning, with voting also taking place in Hong Kong and Guangzhou, as shown in photos posted on Instagram.

About 5,200 people are eligible to vote in 96 locations around the world.

The last votes abroad will take place at the consulates in San Francisco and Los Angeles on Thursday morning, Israel time, said Israel’s Foreign Ministry. The highest number of eligible voters is in New York, where 812 Israelis can vote.

Voters abroad enter a voting booth and place their ballot in a sealed envelope, which is then placed in a second envelope with the voter’s name and identity number on it.

The envelopes are sent to Jerusalem and held in a safe until election day, according to The Times of Israel. Members of the Knesset’s election committee then look at the names on the envelopes and confirm with the polling stations where the voters are registered to make sure that they did not vote twice.

Israel’s 6.3 million eligible voters will go to the ballot box for the third time within a year on March 2.

This election follows Israeli Prime Minister Benjamin Netanyahu’s unsuccessful efforts to form a coalition headed by Likud in both the April and September elections, and Blue and White Party leader Benny Gantz’s failure to form a government following the September vote.