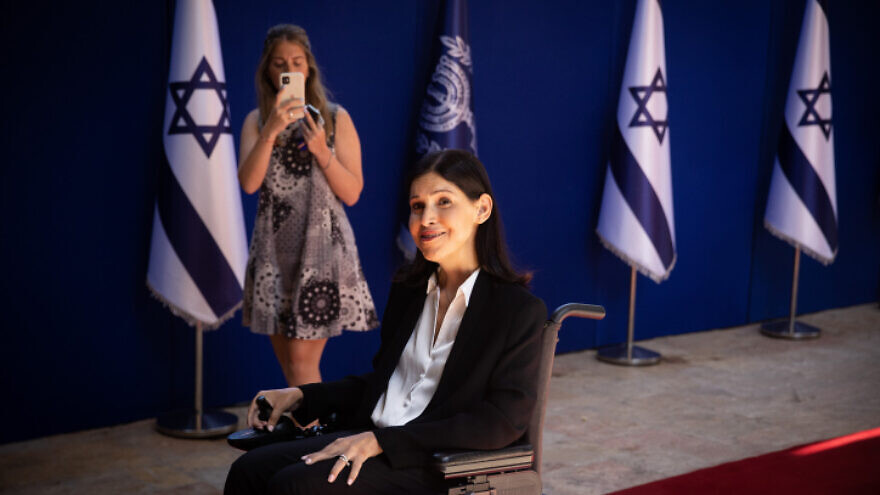 Minister of Energy Karine Elharrar arrives to the President's Residence in Jerusalem, for a group photo of the newly sworn in Israeli government, June 14, 2021. Photo by Yonatan Sindel/Flash90.
Spread the word.
Help JNS grow!
Share now:

Egyptian officials will include Oil and Natural Resources Minister Tarek El-Molla and European Union Energy Commissioner Kadri Simson to prepare a memorandum of understanding on natural-gas exports from Israel and Egypt to Europe, reported i24News.

Energy Ministry officials have held talks in recent weeks with E.U. officials regarding the sale of gas to Europe, which would be transferred through a gas pipeline to Egypt and then on to Europe.

“The Kremlin has used our dependency on Russian fossil fuels to blackmail us,” said von der Leyen in a speech at Ben-Gurion University of the Negev, reported AFP.

“Since the beginning of the war, Russia has deliberately cut off its gas supplies to Poland, Bulgaria and Finland, and Dutch and Danish companies, in retaliation for our support to Ukraine.”