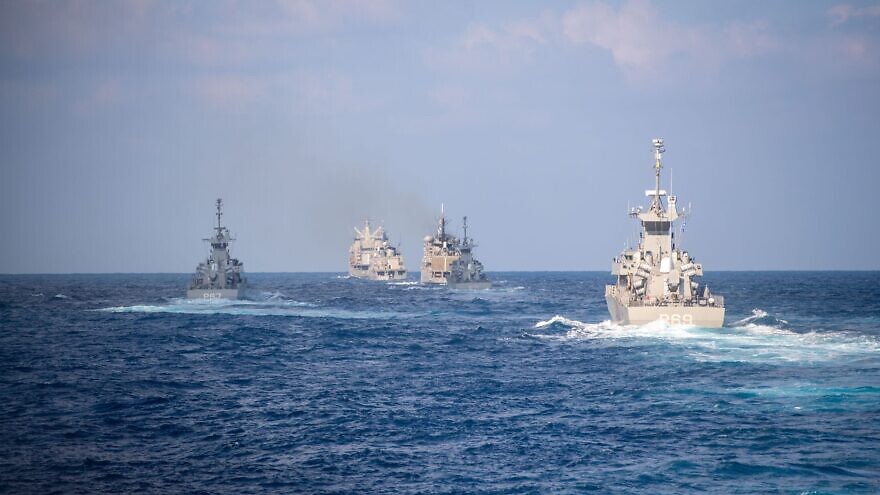 (November 14, 2022 / JNS) The Israeli and Hellenic navies enjoy an excellent level of cooperation and appreciate one another’s capabilities, an Israeli naval commander told JNS on Monday, days after ships from the two forces completed a wide-ranging joint training exercise in Greek waters.

The flotilla sent two Sa’ar 4.5-class missile boats from its 32nd squadron to take part in the exercise.

The navies trained in live-fire exercises as well as defense against threats from the air, surface and submarines. The Israeli ships conducted live-fire training using onboard 76 mm cannons, improving their firing capability against targets onshore and their ability to provide assistance to ground forces.

The exercise saw significant joint learning, dialogue and training, representing an important step in strengthening the cooperation between the navies, Cmdr. Steven Gordon, head of the 32nd Squadron, told JNS.

“Our squadron works around the clock, in every sector, conducting every type of mission,” said Gordon.

Flotilla 3 received the IDF’s Operational Service Award on Monday, along with other units including from the Israel Air Force and the Military Intelligence Directorate, for continuous and effective protection of strategic assets, including the interception of drones launched by Hezbollah towards the Karish offshore natural gas rig on July 2.

The Israel Navy resumed its participation in the Greek-led exercise this year for the first time since 2019 after a disruption caused by the coronavirus pandemic.

The navy returned to take up a “very significant role,” said Gordon. “Independently of this exercise, we have an excellent relationship with the Hellenic Navy,” he added. 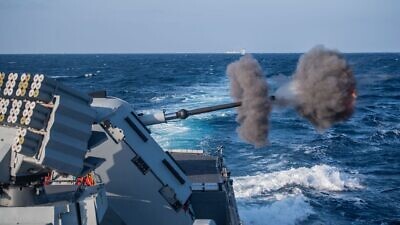 The advantage of firing the onboard 76 mm gun in the Aegean Sea, said Gordon, is that it enabled the ships to realistically simulate coasting firing missions—something they cannot do on the inhabited Israeli coastlines. “These are scenarios that are very similar to situations we’d face during escalations,” he said.

In the second part of the exercise, the Israeli ships linked up with six Greek vessels for a lengthy exercise that involved live fire, defense of one another’s naval forces, missile defense, the holding of a dialogue, and sealing the drill by sailing in formations.

During the exercise, fighter jets from the Hellenic Air Force simulated missile attacks from all directions, and the eight surface vessels practiced defending themselves and one another.

“This cooperation can lead to many things. We had daily dialogue from training and learning from one another,” Gordon said.

“The Greek navy is a large, veteran force with many capabilities. They also very much appreciate the Israel Navy, which they describe as combat-proven due to our ongoing operational experience,” he added.

While the cooperation does not amount to a naval alliance, the cooperation in exercises and knowledge-sharing is extensive, and the Israel Navy also develops ties with other naval forces during the exercises, Gordon stressed.

Back home, all of the ships that make up Flotilla 3—the Sa’ar 4.5s, which have been in service for some 30 years, the newer Sa’ar 5 boats, and the new Sa’ar 6s—take part in protecting Israel’s economic waters and offshore gas resources, he said.

“We can do this with all of the platforms. The Sa’ar 6 ships are more advanced, and bring with them more advanced capabilities for such missions,” Gordon added.

In August 2021, Israel Shipyards announced that it signed an agreement with the Defense Ministry to begin design work for the Reshef class of ships that will eventually replace the Sa’ar 4.5s. The design phase is expected to take around two years, and it will take another two to four years to build the first Reshef ship, with an eventual goal of building eight vessels.