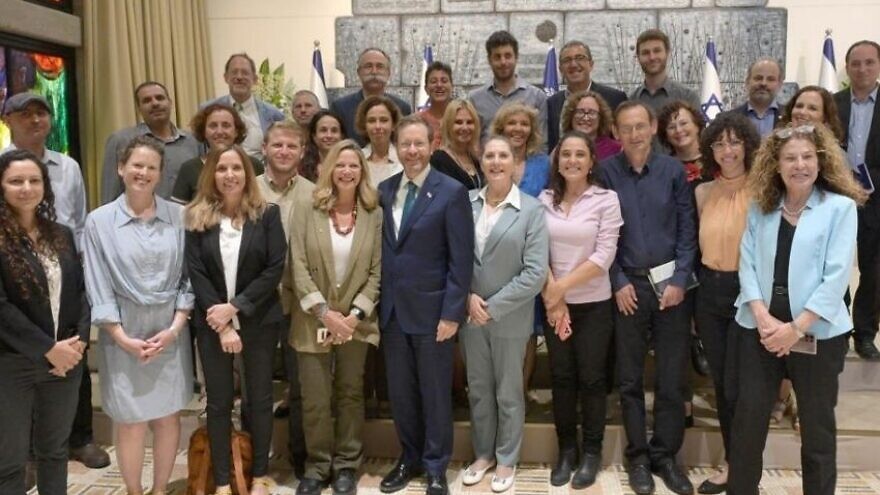 “The global climate crisis is here with full force, and it is getting worse,” said Herzog according to a statement from his office. “We have a mighty mission, and we will rise to it only if we work together, in an Israeli partnership, in a Middle Eastern partnership and in a partnership of all of humanity.”

Bennett said, “Israel must become a world leader in climate innovation. Therefore, I call from here to the thousands of entrepreneurs who have already made exits in other fields to enter this global fight.”

Herzog announced the formation of the Israel Climate Forum in October. The purpose of the forum is to lead discussions about climate change and Israel’s role in fighting it.

It includes representatives from the government, Knesset, Israeli academia, local authorities and the private sector. It operates under the auspices of the President’s Office and is set to convene several times a year.

Herzog, in his July 2021 inaugural address, announced he would make it his personal mission as president to combat climate change.