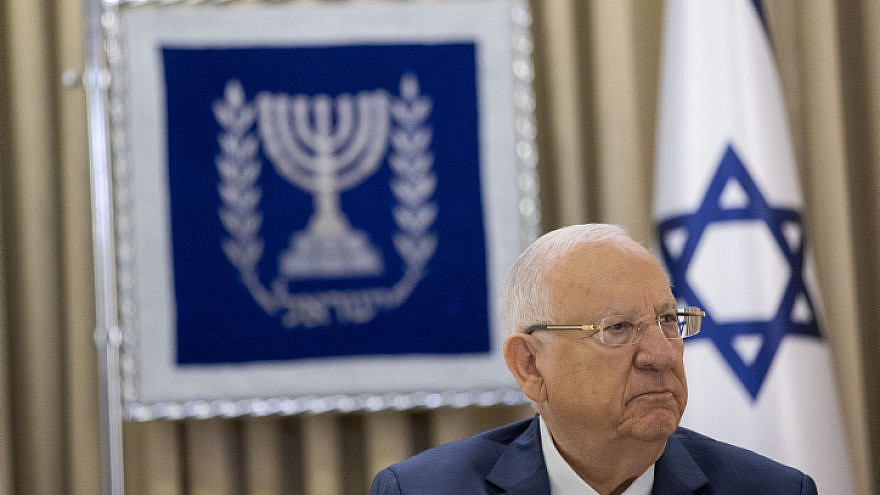 In his address, broadcast from the President’s Residence in Jerusalem, Rivlin noted that in the seven years since his election by the 19th Knesset, there have been five Knesset elections, four of them in just two years.

“I did not imagine and I did not expect that, time after time, five times, I would be faced with the difficult task of deciding whom to entrust with forming a government,” he said.

During his consultations with the representatives of all Knesset factions on Monday, he said 52 Knesset members had requested that Netanyahu be tasked with forming a government, while 45 recommended Yesh Atid Party head Yair Lapid. Seven MKs had requested that Yamina Party leader Naftali Bennett be asked to form a government, while 16 had made no recommendation, he added.

“The results of the consultations, which were open to all, led me to believe that no candidate has a realistic chance of forming a government that will have the confidence of the Knesset,” he said.

“Given this state of affairs, when there is no majority of 61 Knesset members supporting a particular candidate and without additional considerations indicating the chances of the candidates to form a government, I have come to a decision based on the numbers of recommendations, which indicates that MK Benjamin Netanyahu has a slightly higher chance of forming a government. Accordingly, I have decided to entrust him with the task of doing so,” he said.

The president concluded his remarks by quoting U.S. President Abraham Lincoln: “With malice toward none; with charity for all; with firmness in the right … let us strive on to finish the work we are in; to bind up the nation’s wounds.”