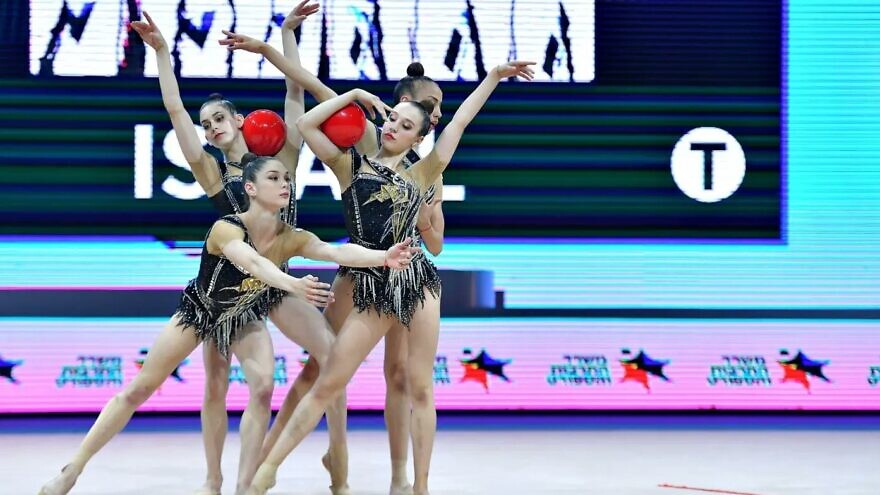 The Israeli team was made up of Shani Bakanov, Adar Friedmann, Amit Hedvat, Romi Paritzki, Ofir Shaham and Diana Svertsov. It won gold in the group all-around category with a score of 69.950, defeating Italy, which finished with a score of 69.650.

Individually, its members were also winners in the multi-day competition.

Daria Atamanov, 16, got the gold medal in the European Championships all-around and the silver medals in three categories—the hoop, the clubs and the ribbon. Teammate Adi Asya Katz, 18, took home the bronze in the ribbon category.

More than 250 athletes from 39 nations competed in the contest, which took place from June 15-19. The Israeli team’s coaching staff included former rhythmic gymnast Linoy Ashram, who recently retired after winning a gold medal at the Tokyo Olympics, according to The Times of Israel.